I had a wonderful, bonding experience this morning with Angelika, my grand-daughter/godchild. We had some “Mina” time today and went together to watch this movie. This is the third time that she has seen it but was still willing to go with me.

I must say I was pleasantly surprised. It’s a very well done animated movie and the message it brings couldn’t be missed. This was an opportunity to spend quality time with Angelika and to discuss the deep, thought-provoking message that I received from this tale. 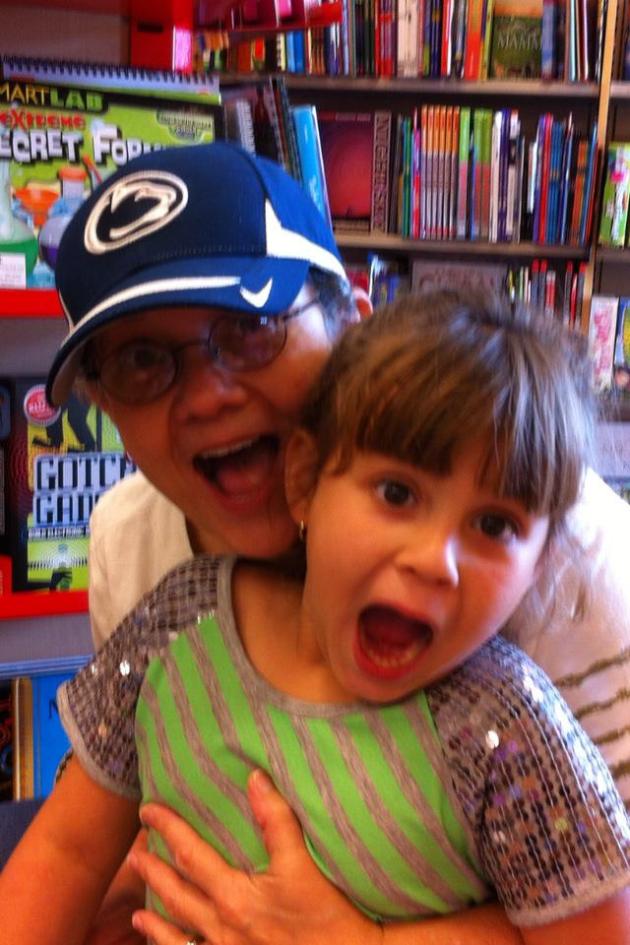 The film tells the story of a fearless princess who sets off on an epic journey alongside a rugged, thrill-seeking mountain man, his loyal pet reindeer, and a hapless snowman to find her estranged sister, whose icy powers have trapped the kingdom in eternal winter.

Frozen underwent several story treatments for several years, before being commissioned in 2011, with a screenplay written by Jennifer Lee, and both Buck and Lee serving as directors. Christophe Beck, who had worked on Disney‘s award-winning short Paperman, was hired to compose the film’s orchestral score, while husband-and-wife songwriting team Robert Lopez and Kristen Anderson-Lopez penned the songs.

The film premiered at the El Capitan Theatre on November 19, 2013, and went into general theatrical release on November 27.

Upon its release, Frozen was a box office success and received widespread critical acclaim, with several film critics considering it to be the best Disney animated musical since the studio’s renaissance era.

One night while playing, she accidentally injures and knocks out her sister, Anna. The king and queen seek help from the troll people who heal Anna and remove her memories of her sister’s powers. In order to protect Elsa and keep her powers top secret, the royal family lock themselves away in their castle.

Elsa, who was being hidden from people for their safety, spends most of her time hiding in her room, creating a rift between the two sisters as they grow up, one that is strained again after their parents die at sea during a storm.

Three years later, the people of Arendelle prepare for Elsa’s coronation ceremony. Among the dignitaries is the Duke of Weselton, a tradesman who wants to exploit Arendelle for profit. Excited that the castle’s gates will finally open to the public, Anna explores the town and meets Prince Hans of the Southern Isles, with the pair quickly developing a mutual attraction for each other.

Elsa’s coronation goes off without incident, and the two sisters begin to bond again at the reception. During the reception, Hans proposes to Anna, who hastily accepts. Elsa, however, refuses to grant her blessing on the marriage, setting off an argument between the sisters, which culminates in Elsa’s abilities being exposed to the guests. 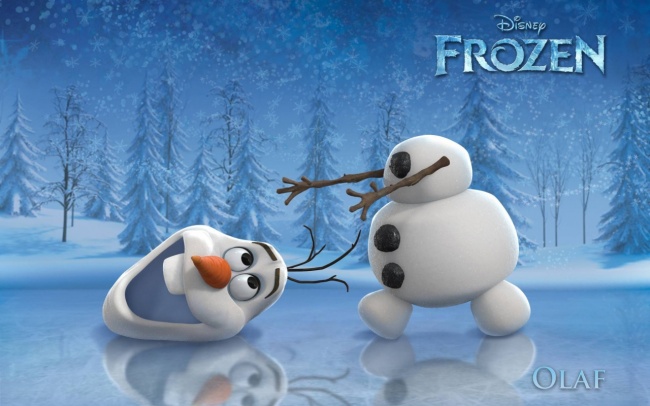 Panicked, Elsa flees, inadvertently unleashing an eternal winter on the kingdom in the process. Free of her secret and far from Arendelle, she builds herself an ice palace and unknowingly brings to life her and Anna’s childhood snowman, Olaf.

Anna sets out on horseback on her Fjord horse in search of Elsa, determined to return her to Arendelle, end the winter, and mend their relationship. While getting supplies, she meets mountain man Kristoff and his reindeer Sven. Anna convinces Kristoff to guide her to the North Mountain in search of her sister.

The group encounters Olaf who leads them to Elsa’s palace. 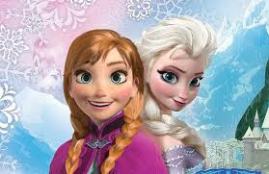 Anna and Elsa are reunited, but while Anna tries to persuade her older sister to return, Elsa still harbors the fear of hurting Anna. Elsa becomes agitated and accidentally strikes Anna in the heart with her powers. Desperate to get her to leave, Elsa creates a giant snow creature that throws them out.

As they flee, Kristoff notices that Anna’s hair is turning white, and decides to take her back to his adoptive family of trolls. Grand Pappie reveals that only an act of true love can thaw a frozen heart, otherwise Anna will freeze forever. Kristoff races back to Arendelle, believing a kiss from Hans will save her. 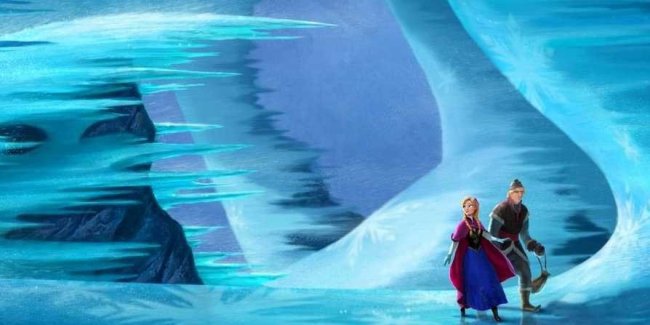 Meanwhile, Hans, who had gone on a search for Anna, encounters Elsa and brings her back to Arendelle after she is knocked unconscious during a fight with Weselton’s men, shackling her in the dungeon for her own protection. Hans pleads with Elsa to undo the winter, but Elsa admits she is unable to control her powers. When Anna is reunited with Hans and begs him to kiss her to break the curse, Hans refuses, revealing his true plan of marrying Anna to seize control of Arendelle’s throne.

Leaving Anna to die, Hans charges Elsa with treason for her sister’s apparent but false death.

Elsa escapes and heads out into the blizzard on the fjord. Olaf finds Anna and reveals Kristoff is in love with her. The two then travel together onto the fjord to find him. Hans confronts Elsa and tells her Anna is dead because of her actions. In Elsa’s despair, the storm immediately stops, giving Kristoff and Anna the chance to reach each other. However Anna, seeing that Hans is about to kill Elsa, throws herself between the two and subsequently freezes solid, blocking the blow. 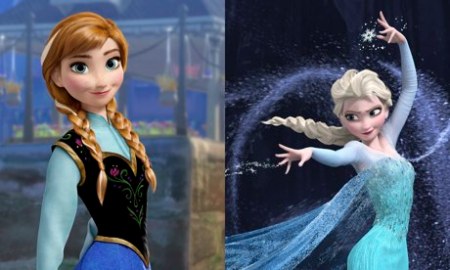 As Elsa grieves for her sister, Anna begins to thaw, her decision to sacrifice herself to save her sister constituting an “act of true love.” Realizing love is the key to controlling her powers, Elsa is able to thaw the kingdom and even provide Olaf with the means to survive outside of winter.

Hans is sent back to the Southern Isles to face trial for his attempt of assassination, and Elsa cuts off trade with Weselton. Elsa reconciles with Anna and promises to never close the palace again, and while Anna and Kristoff share a kiss, Elsa uses her powers to entertain the residents of Arendelle. 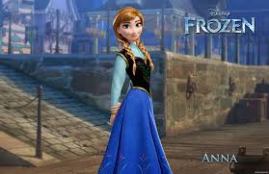 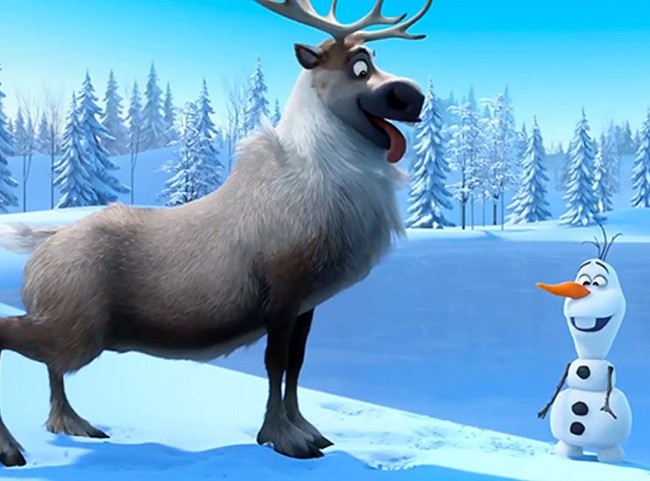 Fearless optimist Anna teams up with Kristoff in an epic journey, encountering Everest-like conditions, and a hilarious snowman named Olaf in a race to find Anna’s sister Elsa, whose icy powers have trapped the kingdom in eternal winter.

As Elsa grieves for her sister, Anna begins to thaw, her decision to sacrifice herself to save her sister constituting an “act of true love.”

SOME PEOPLE ARE WORTH MELTING FOR!!