Much has been said about the Winter Olympic Games that are scheduled to take place in Sochi, Russia.

Much has been said about Chancellor Vladimir Putin who has been actively backing this law against the LGBT community in Russia.

This is a law that goes against basic human rights and has created an atmosphere where the LGBT community is receiving its effects: persecution, discrimination, humiliation, violence, hatred.

~~PICTURES SAY MORE THAN WORDS CAN …. HERE ARE SOME THAT ARE TURNING MY STOMACH~~

~~THIS IS WHAT SPONSORS REPRESENT?~~ 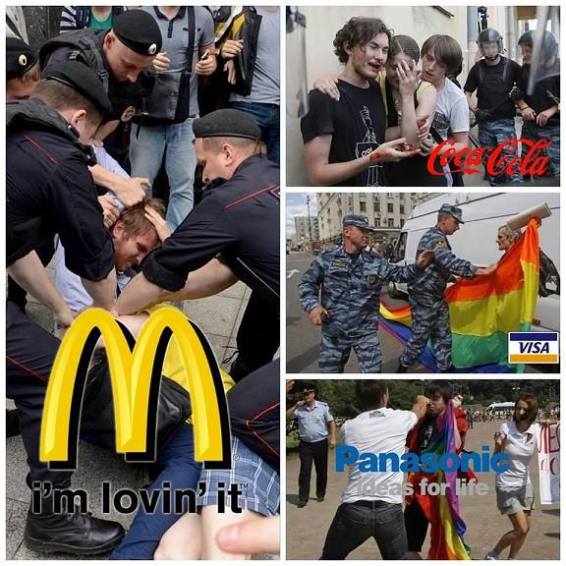 ~~BE AWARE …. THIS IS WHAT YOU ARE SPONSORING~~

~~VIGILANTE GROUPS ARE TAKING THE LAW INTO THEIR HANDS~~

Beatings, persecution, entrapment, luring, corrective rape, urine therapy and any other ideas that any hateful, socio-pathic, evil mind can come up with!

~~THERE ARE NO GAYS IN SOCHI~~

Full credit for this photo/graphic: https://www.facebook.com/familiesofrainbows

~~HUMAN RIGHTS ARE FOR ALL~~

Human rights are moral principles that set out certain standards of human behavior, and are regularly protected as legal rights in national and international law. They are “commonly understood as inalienable fundamental rights to which a person is inherently entitled simply because she or he is a human being.” Human rights are thus conceived as universal (applicable everywhere) and egalitarian (the same for everyone).

The doctrine of human rights has been highly influential within international law, global and regional institutions, in the policies of states and in the activities of non-governmental organizations and has become a cornerstone of public policy around the world. The idea of human rights suggests that, “if the public discourse of peacetime global society can be said to have a common moral language, it is that of human rights.” The strong claims made by the doctrine of human rights continue to provoke considerable skepticism and debates about the content, nature and justifications of human rights to this day. Indeed, the question of what is meant by a “right” is itself controversial and the subject of continued philosophical debate.

Many of the basic ideas that animated the human rights movement developed in the aftermath of the Second World War and the atrocities of The Holocaust, culminating in the adoption of the Universal Declaration of Human Rights in Paris by the United Nations General Assembly in 1948. The ancient world did not possess the concept of universal human rights. The true forerunner of human rights discourse was the concept of natural rights which appeared as part of the medieval Natural law tradition that became prominent during the Enlightenment with such philosophers as John Locke, Francis Hutcheson, and Jean-Jacques Burlamaqui, and featured prominently in the political discourse of the American Revolution and the French Revolution. 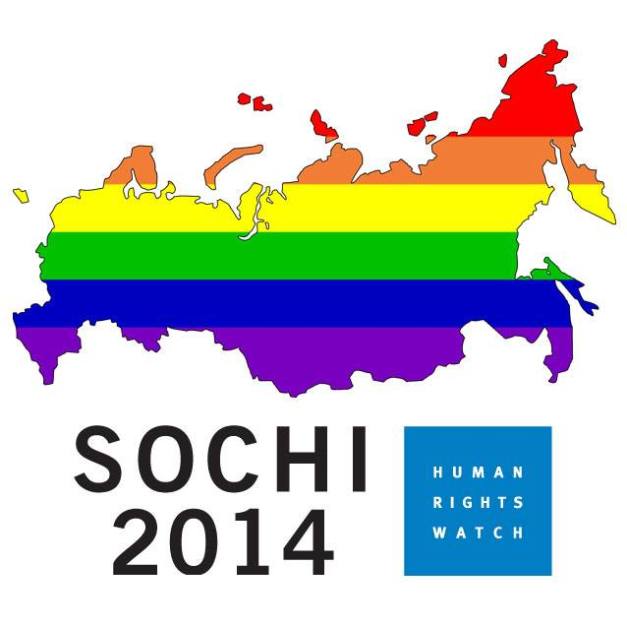 ~~SHARE A COKE CAMPAIGN … TAKEN DOWN AS OF THIS WRITING~~ 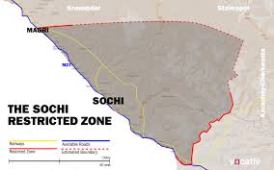 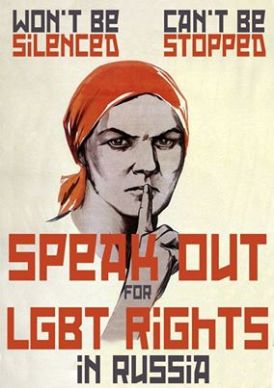 ~~DON’T WE EVER LEARN? CONDEMNED TO REPEAT HISTORY~~ 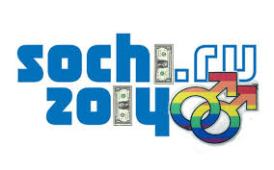 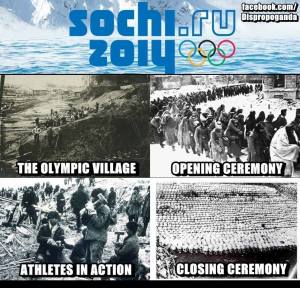 1 thought on “The Sochi Olympic Games are but a week away …..”