**TODAY IS HER BIRTHDAY**

Today in Mighty Girl history, American inventor Margaret “Mattie” E. Knight, who is widely considered the most famous female inventor of the 19th century, was born today in 1838. Nicknamed “Lady Edison,” Knight was responsible for nearly 100 inventions and held more than 20 patents on a wide array of inventions including a rotary engine, shoe-cutting machine, numbering machine, a dress and skirt shield, and most famously, a machine to fold and glue paper bags.

She was born in York, Maine to James Knight and Hannah Teal. James Knight died when Margaret was a little girl. Knight went to school until she was twelve and worked in a cotton mill between ages 12 through 56. In 1868, while living in Springfield, Massachusetts, Knight invented a machine that folded and glued paper to form the flat bottomed brown paper bags familiar to shoppers today.

Knight built a wooden model of the device, but needed a working iron model to apply for a patent. Charles Annan, who was in the machine shop where Knight’s iron model was being built, stole her design and patented the device. Knight filed a successful patent interference lawsuit and was awarded the patent in 1871. With a Massachusetts business man,Knight established the Eastern Paper Bag Co. and received royalties.

Her many other inventions included a numbering machine, window frame and sash, patented in 1894, and several devices relating to rotary engines, patented between 1902 and 1915. Knight’s original box-making machine is in the Smithsonian Museum in Washington, D.C.. Margaret never married and died on October 12, 1914 at the age of 76.

She was awarded the Decoration of the Royal Legion of Honor by Queen Victoria in 1871. A plaque recognizing her as the “first woman awarded a U.S. patent” and holder of 87 U.S. patents hangs on the Curry Cottage at 287 Hollis St in Framingham. However, Knight was not actually the first female patent-holder.

The first was Hannah Wilkinson Slater, wife of industrialist Samuel Slater: she invented two-ply thread, becoming in 1793 the first American woman to be granted a patent. Knight was inducted in the National Inventors Hall of Fame in 2006. 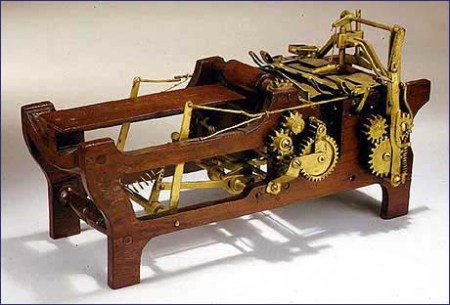 ~~Invention of the Paper Bag Machine~~

For many women inventors in years past, the invention process was twice as difficult because, in addition to the hardships of inventing, they also faced the skepticism of a world that didn’t believe women could create something of value. Fortunately, over the years, that perception has been blown out of the water by women inventors like Margaret E. Knight, who were willing to fight for the accolades and recognition they unquestionably deserved.

Born in Maine in 1838 and raised by a widowed mother, Margaret Knight showed a proclivity toward inventing from a very young age – a characteristic of many of the world’s famous inventors. After observing an accident at a textile mill at the age of 12, Margaret went to work producing her first real invention. Knight conceived a device that would automatically stop a machine if something got caught in it. By the time she was a teenager the invention was being used in the mills.

After the Civil war, Margaret Knight went to work in a Massachusetts paper bag plant. While working in the plant, Knight thought how much easier it would be to pack items in paper bags if the bottoms were flat (they were not at the time). That idea inspired Margaret to create the machine that would transform her into a famous woman inventor. Knight’s machine automatically folded and glued paper-bag bottoms – creating the flat-bottom paper bags that are still used to this very day in most grocery stores.

Of course, no story of triumph would be complete without a villain. In this case, the villain was a man named Charles Annan – who attempted to steal Knight’s idea (he spied on the woman hired to make her prototype) and receive credit for the patent. Not one to give in without a fight, Margaret took Annan to court to vie for the patent that rightfully belonged to her. While Annan argued simply that a woman could never design such an innovative machine, Knight displayed actual evidence that the invention indeed belonged to her. As a result, Margaret Knight received her patent in 1871.

Knight’s invention immediately had a huge impact on the paper industry – and paper bags began to proliferate throughout the retail landscape. To this very day, thousands of machines based on Margaret Knight’s idea are still used to produce flat-bottom paper bags.

Knight didn’t stop there though; throughout her lifetime she would receive over 20 patents and conceive almost 100 different inventions – including a rotary engine, shoe-cutting machine and a dress and skirt shield. At the time of her death, an obituary described Knight as a “woman Edison.” In actuality, she was something greater – she was a woman inventor named Margaret Knight.

~~What Did Margaret Knight Invent?~~

Margaret Knight’s first invention was when she was 12 years old working in a textile mill and it was a stop-motion machine that would stop every time something was caught in it. She also invented the flat bottom paper bag machine and later on a design for window frame and sash, a numbering machine, an automatic boring tool and a spinning or sewing machine.

Knight demonstrated a knack for tools and invention from an early age, and she was said to have contrived a safety device for controlling shuttles in powered textile looms when she was 12 years old. In 1868, at which time she was living in Springfield, Massachusetts, she invented an attachment for paper-bag-folding machines that allowed the production of square-bottomed bags.

After working to improve her invention in Boston, she patented it in 1870. She later received patents for a dress and skirt shield (1883), a clasp for robes (1884), and a spit (1885). Later still she received six patents over a span of years for machines used in the manufacturing of shoes.

Other of Knight’s inventions included a numbering machine and a window frame and sash, both patented in 1894, and several devices relating to rotary engines, patented between 1902 and 1915.

Although she was not the first woman to receive a patent, she was one of the most productive of female inventors, having some 27 patents to her credit. She failed to profit much from her work, however. When Knight died she was honoured in a local obituary as a “woman Edison.”

Meet Margaret E. Knight, known as -the female Thomas Edison-. She was true to her nature and inspite of hardships became successful in the field of mechanical design.

We ALL are MIGHTY GIRLS!!