Today has been quite emotional for me. I’m trying to decipher why. I feel this need to “do something” but what can I do? These feelings have been stirred because of the fact that the “Anti-homosexuality Bill” (aka know as the “Kill the Gays Bill“) was signed into law this morning, February 24, by President Museveni.

I have been following this story for almost two years and it seemed that this day could be averted. But it wasn’t.

At this moment in time, the vigilante “justice” and persecution that has been taking place in Uganda will continue. The only difference is that now it will take place under the sponsorship of the laws that govern Uganda.

That is a done deal.

~~This applies because there’s a need to speak up~~ 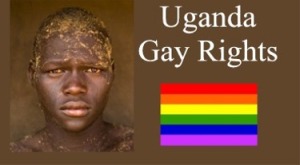 In the years that I’ve followed this story, I’ve talked to many people about it. I participated in a radio show where this topic was discussed. The general impression of others was “this will never happen to the LGBT community in the USA”.

I’m confirming the thoughts that I’ve had all along and haven’t wanted to consider as possibilities of our reality in the great US of A.

That is, until I heard about the Arizona “Christian Shield” law.

Arizona set itself up for yet another self-inflicted political wound, international humiliation, costly boycotts and historical shame now that its legislature has passed a bill giving people the right to discriminate.

The bill was written by the Center for Arizona Policy and a Christian legal organization called the Alliance Defending Freedom. They were inspired, in part, by the case of a New Mexico wedding photographer who was taken to court after refusing to shoot a gay commitment ceremony. The bill seeks to shield Christians from members of the lesbian, gay, bisexual and transgender community who dare to seek equal protection under the law.

Specifically, the bill protects all individuals, businesses and religious institutions from discrimination lawsuits if they can show that their discriminatory actions were motivated by religious convictions.

Under the guise of religious freedom, however, the bill would enable businesses potentially to discriminate against virtually anyone — not just Jews, Muslims, Sikhs, agnostics and atheists, but also unwed mothers, Rastafarians and Budweiser T-shirt wearers. This bill is arbitrary, capricious and antithetical to the spirit of brotherhood and sisterhood that inform our documents of freedom.

It will lead to marginalization and oppression by allowing bigots to deny gay people access to virtually any business or service. The road to Indian genocide, Jim Crow, Japanese-American internment, the Holocaust and other interactions of human persecution began with laws that isolated and dehumanized entire groups of people.

**As I received messages, searched the web for more information, I’ve found that this is not the only state who has been considering this type of completely discriminatory bills.** 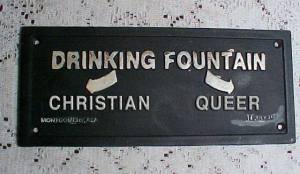 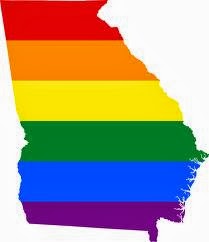 The Arizona House and Senate passed a bill intended to give individuals, businesses and other entities, including government employees, the right to discriminate against gay people. If you claim that treating gay people like anybody else — hiring them, serving them in your restaurant, renting a hotel room to them — is against your religious beliefs, the bill excuses you from any legal consequences of that discrimination.

Now Georgia may be about to follow that bad example.

House Bill 1023, “The Preservation of Religious Freedom Act,” was introduced last week in the Georgia House and is scheduled for a hearing this afternoon in a House Judiciary subcommittee. That quick action suggests that the bill has at least some chance of advancing.

If enacted into law, HB 1023 turns religion into a veritable “get out of jail or lawsuits free” card for any state or local law. It exempts people and businesses from any government action or legal proceeding that “directly or indirectly constrains, inhibits, curtails, or denies the exercise of religion by any person or that directly or indirectly pressures any person to engage in any action contrary to that person’s exercise of religion.”

Such legislation has become the latest conservative rage all around the country; similar “religious freedom” bills have been introduced in Kansas, Tennessee, Oklahoma and quite a few other states.
The campaign is motivated by two or three isolated cases that have been well-publicized in right-wing circles in which businesses were sued for refusing to sell their services or products to gay couples.

If the Arizona state legislature has its way, gays could be thrown out of bars, restaurants, and hotels across the state.

Last week it passed a bill that would permit businesses to deny services to any person if doing so would substantially burden the business owners “exercise of religion.”  Why? Because the Bible condemns such homosexual unions.

In essence, this measure would legally sanction discrimination against gay Americans by masquerading as a defense of religious freedom.

~~AND THIS IS WHEN IT GETS SCARY~~

And even scarier is that Arizona isn’t the only state where Republicans are trying to to turn the Bible into the basis for American law. The Republican-controlled Kansas House of Representatives passed a similar bill two weeks ago, while Idaho and Utah have considered similar measures.

Not worried or concerned because Russia and Uganda are a world away?

The LGBT community in the USA has been somewhat complacent and pleased in view of the advances that have been attained in the name of “equality”. But while, we enjoyed the the “undoing” of “Don’t ask, don’t tell“, DOMA and Prop 8 in California, this is what has been going on behind the scenes.

Arizona is contemplating this “discriminatory” law. Georgia is now considering a similar law! As well as Kansas, Idaho and Utah. Now we are feeling this in this country and in our own skin, right?? Now it matters, doesn’t it??

Here you have it!!! Russia and Africa are getting closer to home!

States fight to push anti-gay bills. But will they pass?

Arizona: Backers of Senate bill 1062 in Arizona say it will protect the religious from being discriminated against because of their beliefs.

Idaho: House bill 426 in Idaho would prevent the denial or revocation of a professional or occupational license for someone who refuses services to, or makes employment decisions based on their religious beliefs.

Kansas: For many Americans, it was Kansas’ proposal that first drew attention to the slate of religious freedom bills all over the country that would allow businesses to refuse to serve customers on the basis of sexual orientation.

Nevada: Last year, Nevada state legislators introduced a bill that would prohibit the government from being allowed to “substantially burden” a person’s “excercise of religion.”

Oregon: Conservative activists in Oregon are attempting to get a ballot initative approved that would allow Oregon residents to vote to exempt businesses whose owners have religious objections to participating in same-sex marriage ceremonies or celebrations at the same time that they’re voting to approve same-sex marriage in the state.

South Dakota: Republicans in South Dakota wanted to pass a bill that would have barred lawsuits against a  business for “for refusing to serve a person or couple based on sexual orientation,” or against people who are “expressing their religious beliefs on the subject of sexual orientation.”

Tennessee: The proposal in Tennesee is virtually identical to the one that has run into trouble in Kansas.

Utah: Legislators in the most conservative state in the Union are reportedly considering compromise bills that would ban discrimination on the basis of sexual orientation under most circumstances while creating religious freedom exemptions to that ban at the same time.

Full Read/Credit/Article-for more information on bills and status of same:

~~CRUMBS OF “GAY” MARRIAGE … OTHER RIGHTS MAY BE TAKEN AWAY~~ 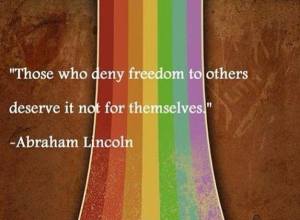 2 thoughts on “There’s been something brewing …. and it’s coming to the surface!”