What is post-traumatic stress disorder (PTSD)?

Post-traumatic stress disorder (PTSD) can develop following a traumatic event that threatens your safety or makes you feel helpless.

Most people associate PTSD with battle-scarred soldiers — and military combat is the most common cause in men—but any overwhelming life experience can trigger PTSD, especially if the event feels unpredictable and uncontrollable.

Post-traumatic stress disorder (PTSD) can affect those who personally experience the catastrophe, those who witness it, and those who pick up the pieces afterwards, including emergency workers and law enforcement officers. It can even occur in the friends or family members of those who went through the actual trauma.

PTSD develops differently from person to person. While the symptoms of PTSD most commonly develop in the hours or days following the traumatic event, it can sometimes take weeks, months, or even years before they appear.

Traumatic events that can lead to PTSD include:

~~The difference between PTSD and a normal response to trauma~~

The traumatic events that lead to post-traumatic stress disorder are usually so overwhelming and frightening that they would upset anyone. Following a traumatic event, almost everyone experiences at least some of the symptoms of PTSD. When your sense of safety and trust are shattered, it’s normal to feel crazy, disconnected, or numb. It’s very common to have bad dreams, feel fearful, and find it difficult to stop thinking about what happened. These are normal reactions to abnormal events.

For most people, however, these symptoms are short-lived. They may last for several days or even weeks, but they gradually lift. But if you have post-traumatic stress disorder (PTSD), the symptoms don’t decrease. You don’t feel a little better each day. In fact, you may start to feel worse.

A normal response to trauma becomes PTSD when you become stuck

After a traumatic experience, the mind and the body are in shock. But as you make sense of what happened and process your emotions, you come out of it. With post-traumatic stress disorder (PTSD), however, you remain in psychological shock. Your memory of what happened and your feelings about it are disconnected. In order to move on, it’s important to face and feel your memories and emotions.

The symptoms of post-traumatic stress disorder (PTSD) can arise suddenly, gradually, or come and go over time. Sometimes symptoms appear seemingly out of the blue. At other times, they are triggered by something that reminds you of the original traumatic event, such as a noise, an image, certain words, or a smell.
While everyone experiences PTSD differently, there are three main types of symptoms:

Symptoms of PTSD: Avoidance and numbing

~~Symptoms of PTSD in children and adolescents~~

While it’s impossible to predict who will develop PTSD in response to trauma, there are certain risk factors that increase your vulnerability.

Many risk factors revolve around the nature of the traumatic event itself. Traumatic events are more likely to cause PTSD when they involve a severe threat to your life or personal safety: the more extreme and prolonged the threat, the greater the risk of developing PTSD in response. Intentional, human-inflicted harm—such as rape, assault, and torture— also tends to be more traumatic than “acts of God” or more impersonal accidents and disasters. The extent to which the traumatic event was unexpected, uncontrollable, and inescapable also plays a role.

Other risk factors for PTSD include: 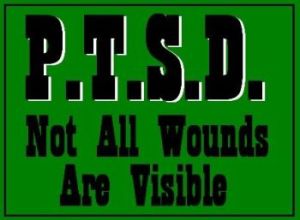 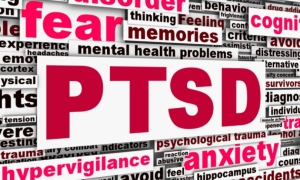 Why Should I Seek Help for PTSD?

Treatment for PTSD relieves symptoms by helping you deal with the trauma you’ve experienced. Rather than avoiding the trauma and any reminder of it, treatment will encourage you to recall and process the emotions and sensations you felt during the original event. In addition to offering an outlet for emotions you’ve been bottling up, treatment for PTSD will also help restore your sense of control and reduce the powerful hold the memory of the trauma has on your life.

This is a video about PTSD.

The music is by 3 Doors Down who maintain the rights to the song.