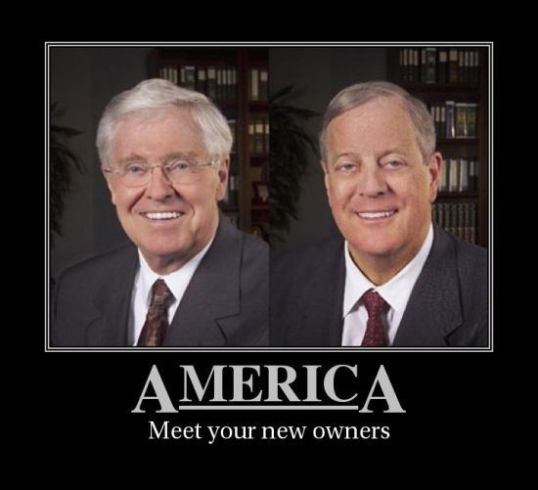 Now every time you read a pro or con on the Keystone Pipeline, take THAT information into account……

‘You might expect the biggest lease owner in Canada’s oil sands, or tar sands, to be one of the international oil giants, like Exxon Mobil or Royal Dutch Shell’.

‘The biggest lease holder in the northern Alberta oil sands is a subsidiary of Koch Industries, the privately-owned cornerstone of the fortune of conservative Koch brothers Charles and David’.

‘The Koch Industries subsidiary holds leases on 1.1 million acres — an area nearly the size of Delaware — in the oil sands region of Alberta, Canada, according to an activist group that studied Alberta provincial records’.

‘The Post confirmed the group’s findings with Alberta Energy, the provincial government’s ministry of energy’.