International Court of Justice upholds Australia’s bid to ban Japanese whaling in Antarctica
The Southern Ocean Whale Sanctuary has been declared harpoon-free, and the gentle giants who call it home will be left in peace. Australia has won an international legal battle to end the Japanese whale slaughter in these protected waters – restoring the Sanctuary as a place for these beautiful animals to exist without fear of death at the hands of hunters.
In the landmark decision, the International Court of Justice has ruled that Japan’s Antarctic whaling program is “unscientific” — and as such, has demanded an end to any further whale hunts under this program.
Click here for video …. (www.bit.ly/1gVrHVd)

With Japanese officials promising to respect the ruling, this historic decision by the United Nations’ highest court will help protect minke, fin and humpback whales from suffering exhausting pursuit and cruel deaths by harpooning in the Southern Ocean.The long battle to save the world’s gentle ocean giants has been fought by many, and now, all those who have ever taken action for whales can stand together in this incredible victory.
On behalf of the whales, THANK YOU to Sea Shepherd Global and to all of the groups and individuals that have played a part in this historic win for animals!

This victory shows what can be achieved for animals when caring people work together! Head to www.AnimalsAus.org/G to discover five simple things you can do that will not only help whales – but all precious marine life – by protecting their ocean home.

— with Maho Cwejman and R.W. Cory.

The United Nations’ International Court of Justice has ruled that Japan must stop its controversial annual whale hunt, rejecting the country’s claims that it;s for scientific research.

Judges at the highest United Nations court ordered Japan on Monday (March 31) to halt whaling in the Antarctic, rejecting the country’s argument that the hunt is for scientific research. 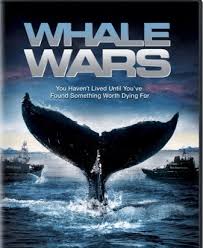