Indeed they do!! Awesome ……

There is nothing cuter than a child and their pet puppy!!
————
Photo Credit: Unknown (if anyone knows…please let me know 🙂

I think the governor should be included!! There’s no way he didn’t know! 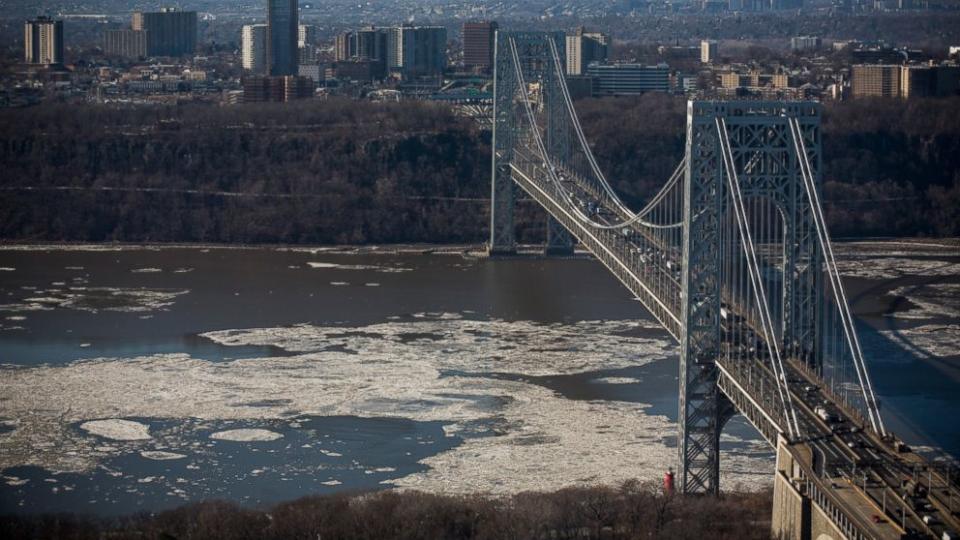 The U.S. Attorney in New Jersey has convened a grand jury to investigate the involvement of Governor Chris Christie’s office in the George Washington Bridge scandal, ABC News has learned.

Twenty-three jurors convened in a federal courthouse in Newark today to hear testimony from a key staff member, Christie press secretary Mike Drewniak, whose lawyer, Anthony Iacullo, said Drewniak was not a target of the investigation.

“We’re here to answer questions and that’s what Michael did today,” Iacullo said.

The convening of the grand jury is evidence that the U.S. Attorney’s investigation has progressed beyond an inquiry and moved to the criminal phase.

6:01 p.m. on April 4, 1968, civil rights leader Dr. Martin Luther King Jr. was hit by a sniper’s bullet. King had been standing on the balcony in front of his room at the Lorraine Motel in Memphis, Tennessee, when, without warning, he was shot. The .30-caliber rifle bullet entered King’s right cheek, traveled through his neck, and finally stopped at his shoulder blade. King was immediately taken to a nearby hospital but was pronounced dead at 7:05 p.m.

Violence and controversy followed. In outrage of the murder, many blacks took to the streets across the United States in a massive wave of riots. The FBI investigated the crime, but many believed them partially or fully responsible for the assassination. An escaped convict by the name of…

This is a photo of a female purple-throated mountaingem hummingbird, which we saw 15 March 2014 in Cinchona in Costa Rica. We will get there later in this blog post.

I have described walking in the Poas volcano area in Costa Rica on that 15 March.

As we walked back down, a hummingbird flying around a scrub. It was rather big (I mean, big for a hummingbird …) and looked greenish. We saw mainly its back. Later, we would see this species, the fiery-throated hummingbird, much better, including its splendid colours under favourable lighting.

A slaty flowerpiercer was there as well.

A bit further, in the undergrowth: a wrenthrush. This is a species, unique to Costa Rica and Panama. Also, a large-footed-finch.

Then, lower on the Poas slope, to a garden opposite a restaurant, where feeders attracted hummingbirds.

Among them were a female green-crowned brilliant. A…

This is a true story of a Mother’s Sacrifice during the China Earthquake.

After the Earthquake had subsided, when the rescuers reached the ruins of a young woman’s house, they saw her dead body through the cracks. But her pose was somehow strange that she knelt on her knees like a person was worshiping; her body was leaning forward, and her two hands were supported by an object. The collapsed house had crashed her back and her head.

With so many difficulties, the leader of the rescue team put his hand through a narrow gap on the wall to reach the woman’s body. He was hoping that this woman could be still alive. However, the cold and stiff body told him that she had passed away for sure.

He and the rest of the team left this house and were going to search the next collapsed building. For some reasons…

Do you know who the Koch brothers are?? They are taking over America, by sneaky means … money talks!!!! …. get to know them!!

This is totally inhuman … AIDS had a start in that continent!! All the progress attained will be undone by this law …. and the situation will worsen! Ya think???

According to a Ugandan Government spokesperson, and confirmed by an OBLOGDEE source at the scene, as well as AP reports, the Ugandan police raided The Makerere University Walter Reed Project in Kampala, which provides HIV/ AIDS resources which may include LGBTI Ugandans.

The new anti-Homosexuality Act was cited as the reason for the raid on the project, which receives funds from the United States of America.

“Walter Reed Project is an American research project on the spread of HIV that has been working on key populations in Uganda and the offices were closed and surrounded by police.”

The project was targeted for the so called “training youths in homosexuality,” according to anti-gay rhetoric of spokesman Ofwono Opondo, through a tweet,Friday.  According to an…