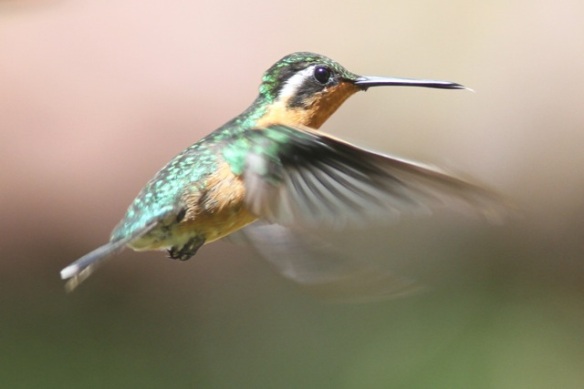 This is a photo of a female purple-throated mountaingem hummingbird, which we saw 15 March 2014 in Cinchona in Costa Rica. We will get there later in this blog post.

I have described walking in the Poas volcano area in Costa Rica on that 15 March.

As we walked back down, a hummingbird flying around a scrub. It was rather big (I mean, big for a hummingbird …) and looked greenish. We saw mainly its back. Later, we would see this species, the fiery-throated hummingbird, much better, including its splendid colours under favourable lighting.

A slaty flowerpiercer was there as well.

A bit further, in the undergrowth: a wrenthrush. This is a species, unique to Costa Rica and Panama. Also, a large-footed-finch.

Then, lower on the Poas slope, to a garden opposite a restaurant, where feeders attracted hummingbirds. 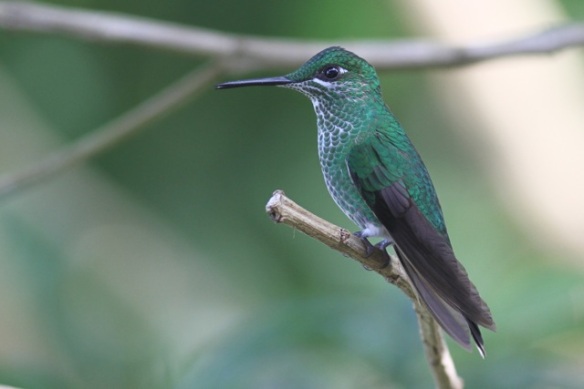 Among them were a female green-crowned brilliant. A…