This is how I see “hunting for sport”. Obviously, I’m not a fan. If I had to kill a living being to eat, I would definitely be a vegetarian.

Keep in mind that I’m only expressing my feelings and my opinion. I understand that many won’t and that is OK. I think that animals are on this Earth with a purpose and humanity is forgetting what that purpose is. They aren’t here for human entertainment or profit. ~~Why Sport Hunting Is Cruel and Unnecessary~~

Although it was a crucial part of humans’ survival 100,000 years ago, hunting is now nothing more than a violent form of recreation that the vast majority of hunters do not need for subsistence. Hunting has contributed to the extinction of animal species all over the world, including the Tasmanian tiger and the great auk.

Less than 5 percent of the U.S. population (13.7 million people) hunts, yet hunting is permitted in many wildlife refuges, national forests, and state parks and on other public lands. Almost 40 percent of hunters slaughter and maim millions of animals on public land every year, and by some estimates, poachers kill just as many animals illegally. 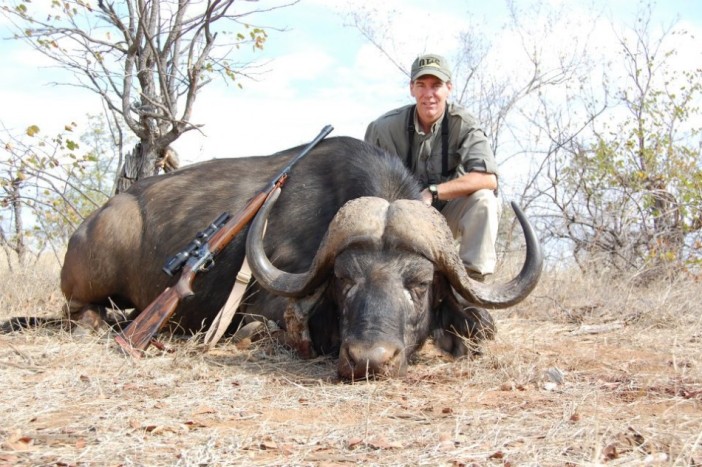 Many animals endure prolonged, painful deaths when they are injured but not killed by hunters. A study of 80 radio-collared white-tailed deer found that of the 22 deer who had been shot with “traditional archery equipment,” 11 were wounded but not recovered by hunters.  Twenty percent of foxes who have been wounded by hunters are shot again. Just 10 percent manage to escape, but “starvation is a likely fate” for them, according to one veterinarian. A South Dakota Department of Game, Fish and Parks biologist estimates that more than 3 million wounded ducks go “unretrieved” every year. A British study of deer hunting found that 11 percent of deer who’d been killed by hunters died only after being shot two or more times and that some wounded deer suffered for more than 15 minutes before dying. 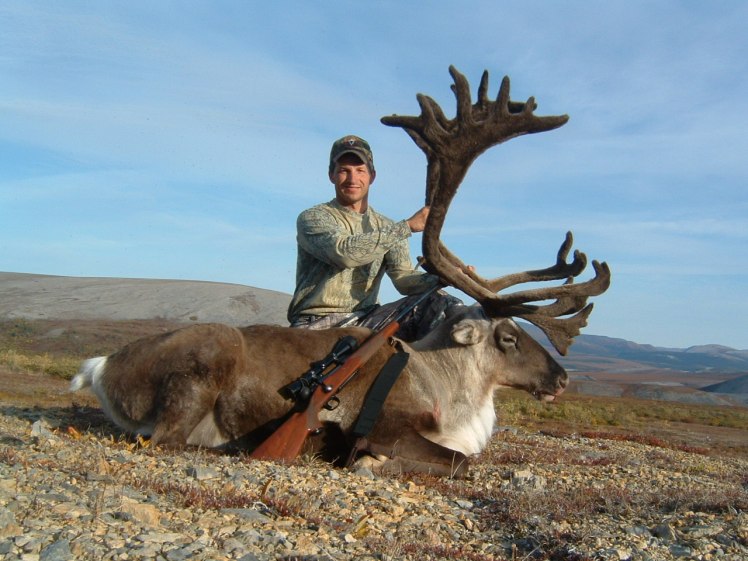 Hunting disrupts migration and hibernation patterns and destroys families. For animals such as wolves, who mate for life and live in close-knit family units, hunting can devastate entire communities. The stress that hunted animals suffer — caused by fear and the inescapable loud noises and other commotion that hunters create — also severely compromises their normal eating habits, making it hard for them to store the fat and energy that they need in order to survive the winter.

~~Nature Takes Care of Its Own~~

The delicate balance of ecosystems ensures their survival — if they are left unaltered. Natural predators help maintain this balance by killing only the sickest and weakest individuals. Hunters, however, kill any animal whose head they would like to hang over the fireplace — including large, healthy animals who are needed to keep the population strong. Elephant poaching is believed to have increased the number of tuskless animals in Africa, and in Canada, hunting has caused bighorn sheep’s horn size to fall by 25 percent in the last 40 years. Nature magazine reports that “the effect on the populations’ genetics is probably deeper.” 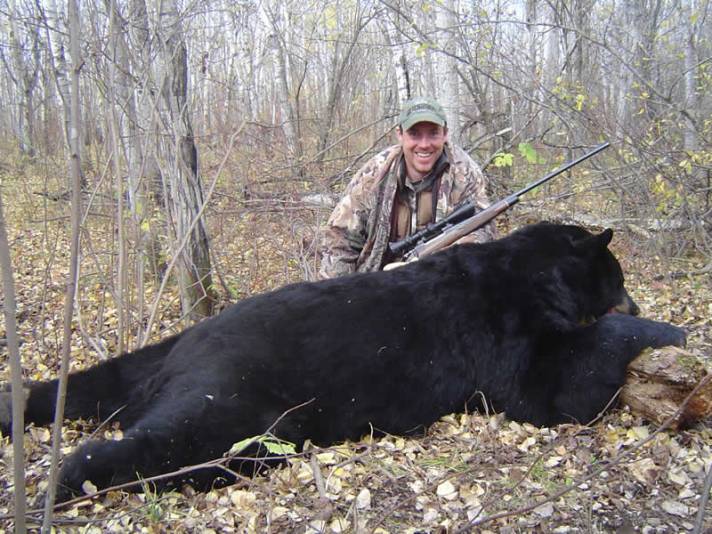 Even when unusual natural occurrences cause overpopulation, natural processes work to stabilize the group. Starvation and disease can be tragic, but they are nature’s ways of ensuring that healthy, strong animals survive and maintain the strength of the rest of their herd or group. Shooting an animal because he or she might starve or get sick is arbitrary and destructive.

Another problem with hunting involves the introduction of exotic “game” animals who, if they’re able to escape and thrive, pose a threat to native wildlife and established ecosystems.

Most hunting occurs on private land, where laws that protect wildlife are often inapplicable or difficult to enforce. On private lands that are set up as for-profit hunting reserves or game ranches, hunters can pay to kill native and exotic species in “canned hunts.” These animals may be native to the area, raised elsewhere and brought in, or purchased from individuals who are trafficking in unwanted or surplus animals from zoos and circuses. The animals are hunted and killed for the sole purpose of providing hunters with a “trophy.”

Canned hunts are big business — there are an estimated 1,000 game preserves in the U.S., with some 5,000 so-called “exotic ranchers” in North America.(12,13) Ted Turner, the country’s largest private landowner, allows hunters to pay thousands of dollars to kill bison, deer, African antelopes, and turkeys on his 2 million acres.

Animals on canned-hunting ranches are often accustomed to humans and are usually unable to escape from the enclosures that they are confined to, which range in size from just a few yards to thousands of acres. Most of these ranches operate on a “no-kill, no-pay” policy, so it is in owners’ best interests to ensure that clients get what they came for. Owners do this by offering guides who are familiar with animals’ locations and habits, permitting the use of dogs, and supplying “feeding stations” that lure unsuspecting animals to food while hunters lie in wait.

While many states have limited or banned canned hunts, there are no federal laws regulating the practice at this time.

Hunting accidents destroy property and injure or kill horses, cows, dogs, cats, hikers, and other hunters. In 2006, then–Vice President Dick Cheney famously shot a friend while hunting quail on a canned hunting preserve. According to the National Shooting Sports Foundation, thousands of injuries are attributed to hunting in the U.S. every year—and that number only includes incidents involving humans.

The bears, cougars, deer, foxes, and other animals who are chased, trapped, and even killed by dogs during (sometimes illegal) hunts aren’t the only ones to suffer from this variant of the “sport.” Dogs used for hunting are often kept chained or penned and are denied routine veterinary care such as vaccines and heartworm medication. Some are lost during hunts and never found, whereas others are turned loose at the end of hunting season to fend for themselves and die of starvation or get struck by vehicles.

There are more than 20 million deer in the U.S., and because hunting has been an ineffective method to “control” populations (one Pennsylvania hunter “manages” the population and attracts deer by clearing his 600-acre plot of wooded land and planting corn), some wildlife agencies are considering other management techniques. Several studies suggest that sterilization is an effective, long-term solution to overpopulation. A method called “trap, neuter, and return” (TNR) has been tried on deer in Ithaca, N.Y., and an experimental birth-control vaccine is being used on female deer in Hastings-on-the-Hudson, N.Y. One Georgia study of 1,500 white-tailed deer on Cumberland Island concluded that “if females are captured, marked, and counted, sterilization reduces herd size, even at relatively low annual sterilization rates.”

Before you support a “wildlife” or “conservation” group, ask about its position on hunting. Groups such as the National Wildlife Federation, the National Audubon Society, the Sierra Club, the Izaak Walton League, the Wilderness Society, and the World Wildlife Fund are pro–sport-hunting, or at the very least, they do not oppose it.

To combat hunting in your area, post “no hunting” signs on your land, join or form an anti-hunting organization, protest organized hunts, and spread deer repellent or human hair (from barber shops) near hunting areas. Call 1-800-628-7275 to report poachers in national parks to the National Parks and Conservation Association. Educate others about hunting. Encourage your legislators to enact or enforce wildlife-protection laws, and insist that nonhunters be equally represented on the staffs of wildlife agencies.

All of the pictures above show humans portraying the “fallen” animal as a trophy. They show their pride in their kill. They have another one for their “walls”.

There is no way that these animals had a fair chance against those high power weapons. Where is the pride in this? Humans are above animals, of course. But the portrayed animals had no chance other than succumb to the mighty power of the rifle, bullet or arrow.

To me, they are all bad but the worse is the “canned hunting”. 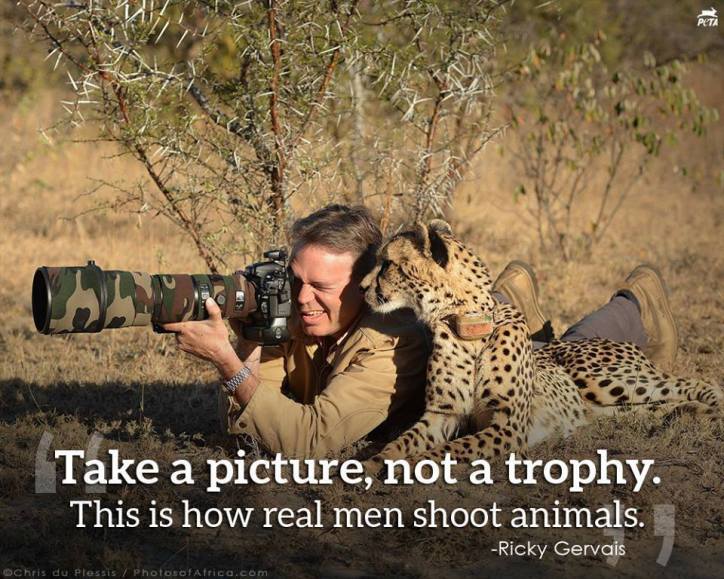 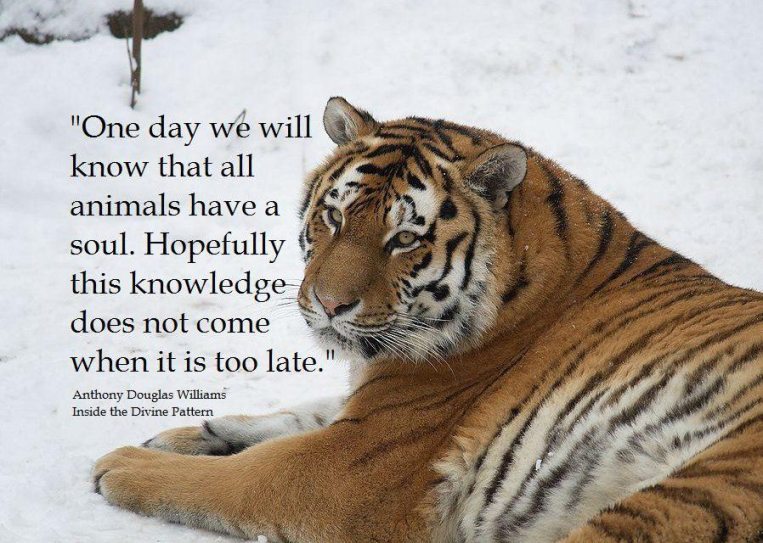 http://facebook.com/kindnesstrust – Is hunting really a ‘sport’ or are hunters being delusional and misguided? Do the points in this short talk stand up to examination? Is it time civilization moved on? Watch this and join the conversation.

This is a sad one for me … and a disappointment! 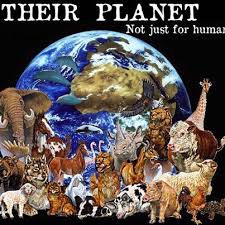