Happy birthday to one of the most pivotal figures in music, Barbra Streisand!

On April 24, 1942, Barbra Joan Streisand was born in Brooklyn, New York to Diana Rosen, and Emanuel Streisand. When she was only 15 months old, her father, a high school English teacher, passed away from complications of an epileptic seizure. He left Barbra’s mother, a secretary at a New York City public school, to raise Barbra and her older brother, Sheldon, on her own. “When I was maybe 5 or 6 years old, the neighborhood girls would sit on the stoop and sing. I was known as the kid who had a good voice and no father,” Streisand later told Oprah Winfrey.

Barbra Streisand wasn’t conventionally beautiful, but her talent made up for all that.

In the 1960’s, she went against what most people advised and refused to get a nose job. Her stepfather told her she wasn’t pretty enough to be a star, but Streisand ignored all that. And her look became her asset. (One contemporary fan is Lady Gaga, who remarks, “She’s such a pivotal figure in music. As a performer, she’s always been so different from everybody else around.”)

The three films she directed received 14 Oscar nominations. She has sold 72.5 million albums and is an eight-time Grammy Award winner.

But, as she told Oprah, “I think of myself as a girl from Brooklyn.”

I can’t remember how old I was when I became aware of this incredibly, amazing singer from Brooklyn. I don’t think that I was older than 10-12 years. I do remember listening to her singing through one of my cousins. We were visiting my family and he was playing and LP record and this wonderful singing was coming through the speakers.

Music has always been a very important part of my life.

And there began my strong admiration of Ms. Barbra.

I followed her every move. I bought all of her music records. I loved all her movies. My favorites where the ones where her incredible humor was featured. (Remember when she was in the musical review and when she turned she showed a pregnant abdomen? Remember the movie “The Owl and the Pussycat” with George Seagel? Or “The Main Event” with Ryan O’Neal?)

She is one of the best selling female artists of all time, with more than 71.5 million albums in the United States and 245 million records sold worldwide. She is the best-selling female artist on the Recording Industry Association of America‘s (RIAA) Top Selling Album Artists list, the only female recording artist in the top ten, and the only artist outside of the rock and roll genre.

After beginning a successful recording career in the 1960’s, by the end of the decade, Streisand ventured into film starring in the critically acclaimed Funny Girl, for which she won the Academy Award and Golden Globe Award for Best Actress. Other notable films include The Owl and the Pussycat, The Way We Were and A Star Is Born for which she received her second Academy Award for composing the music to the picture’s main song, “Evergreen“. By the 1980s, Streisand established herself as one of the film industry’s most notable figures by becoming the first woman to direct, produce, script and star in her own picture. 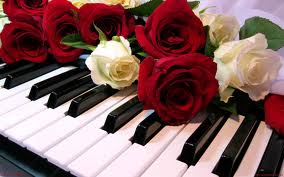 Barbra Streisand singing ‘People’ at her 30th October 2006 Florida Concert. This is her last song before intermission, and what a way to end the first half! Taken from the forthcoming DVD Box Set ‘Barbra Streisand: The Concerts’ to be released in North America on 28th April 2009. Music and Lyrics by Jule Styne and Bob Merrill.

~~THIS IS THE FIRST SONG I HEARD HER SING~~