“As I get older, I am becoming more selective of who I consider a friend.
I find that I would rather have 4 quarters than 100 pennies.”

“I no longer have the energy for meaningless friendships, forced interactions or unnecessary conversations. If we don’t vibrate on the same frequency theres just no reason for us to waste our time. I’d rather have no one and wait for substance than to not feel someone and fake the funk.”

I am getting older.

As we go through life we experience things and events. We are supposed to learn the lessons that life throws our way.

Along the path that we trudge along, we find many people who come into our lives.

Personally, I’m in a spot where I can pick and choose. My age and experience give me the right to embrace this philosophy. I am becoming more selective who I call my friend. I don’t have time to waste on senseless, trivial. fake people who call themselves my friends.

“I’d rather have four quarters than 100 pennies.”

~~The Good, the Bad and the Ugly Theme • Ennio Morricone~~

Tune from ever from the legendary film the good the bad and the ugly composed by Ennio Morricone from the famous series which included a fistful of dollars and for a few dollars more.

We ALL are supposed to be ONE!!

It’s the only right thing to do!!

Like many on this Earth who say and do atrocious things and they think a “I’m sorry” or apology is enough. The words were said, the deed was done …. Not good enough. Any respect/credibility there was or could’ve been …. went with the wind!!

I suspect when Barack Obama has completed his two terms as President of the United States, those who have loathed the idea of him being the POTUS for eight years will continue the effort of denigrating the man and his place in history, which is a sad commentary about his detractors…

The chairman of a local chapter of the Illinois Republican Party called President Barack Obama an “a**” and said if the media focused about the offspring of a zebra and a donkey there would be two “living creatures” getting plenty of attention that is partially white and partially black.

The joke, by Winnebago County Republican Central Committee (WCRCC) chairman Jim Thompson, came in a regular newsletter sent out to supporters. It came at the end of the newsletter.

“Media update for the week: saw on the news this week the offspring…

Here’s Caleb!!! Now I wake up on Wednesdays looking for his face!! TY for posting. 🙂
<> 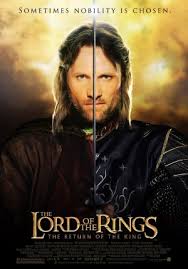 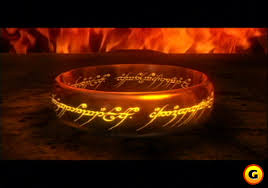 It’s so awesome to see that fleck of red as you look at the trees in the backyard. You can very still because you don’t want them to notice your presence. You hold you breath and in admiration take in all the sight has to offer.

The male Northern Cardinal is perhaps responsible for getting more people to open up a field guide than any other bird.

They’re a perfect combination of familiarity, conspicuousness, and style: a shade of red you can’t take your eyes off. Even the brown females sport a sharp crest and warm red accents. Cardinals don’t migrate and they don’t molt into a dull plumage, so they’re still breathtaking in winter’s snowy backyards. In summer, their sweet whistles are one of the first sounds of the morning.

Cardinals, in the family Cardinalidae, are passerine birds found in North and South America. They are also known as cardinal-grosbeaks and cardinal-buntings. The South American cardinals in the genus Paroaria are placed in another family, the Thraupidae (previously placed in Emberizidae).

The sexes usually have distinctive appearances. The Northern Cardinal type species was named by colonists for the male’s red crest, reminiscent of a Catholic cardinal‘s mitre.

Most species are rated by the IUCN as least concern, though some are near threatened.