The Faroe Islands, Faroese: Føroyar pronounced [ˈfœɹjaɹ]; Danish: Færøerne Danish pronunciation: [ˈfæɐ̯øːˀɐnə]) is an archipelago and autonomous country within the Kingdom of Denmark, situated between the Norwegian Sea and the North Atlantic Ocean, approximately halfway between Norway and Iceland, at about 320 kilometres (200 mi) north-north-west of mainland Scotland. The total area is approximately 1,400 km2 (540 sq mi) with a 2010 population of almost 50,000 people.

The name Faroe is derived from two Faroese words which mean “sheep” and “islands”.

The Faroe Islands have been a self-governing country within the Danish Realm since 1948. Over the years, the Faroese have taken control of most domestic matters. Areas that remain the responsibility of Denmark include military defence, police, justice, currency and foreign affairs. The Faroe Islands also have representatives in the Nordic Council as members of the Danish delegation.

The islands were associated with and taxed by Norway, then the Union of Kalmar, and then Denmark-Norway until 1814, when Norway was united with Sweden. Scandinavia was in political turmoil following the Sixth Coalition of the Napoleonic Wars, when the Treaty of Kiel granted Denmark control over the Faroes, Iceland and Greenland in 1814. The Danish trade monopoly ended in 1856.

“The suffering of highly intelligent beings has begun as the Faroe Grind Summer 2014 takes the lives of 13 long finned pilot whales, a large dolphin that migrates through the North Atlantic. The small family of whales was driven into the shores of Fuglafjørður a village on Eysturoy’s east coast in the Faroe Islands. Its name means “fjord of birds”. The village is at the edge of a bay and expands into the surrounding steep hills. Despite scientific findings that dolphins have large complex brains, languages, and cultures the terrible hunt continues.”

Fuglafjørður is the fifth largest town. The harbour is a busy place where a steady traffic of local and foreign boats gives life and color. Here you will find a broad range of businesses, both retail and industrial. The cultural life boasts a culture house with room for theatre productions, concerts, dances and conferences. Traces of a Viking Age farm predating the year 1000 have also been found here.

The surrounding area is perfect for outdoor activities such as hiking up the mountain along the old cairn path to the village of Hellur, which belongs to Fuglafjørður. There is warm spring on the south side of Fuglafjørð called Varmakelda, which gives its name to the annual Fuglafjørð summer festival. 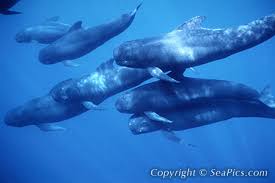 4 thoughts on “And so the cycle begins again …. Faroe Islands!!”