This is a sign of how humans view animals as commodities …. Entertainment & profit!! This situation is a “secret” in Olin view now. Hoping, really hoping, that action is taken to stop this ….. Wonder if humans will stop it! SMH .. 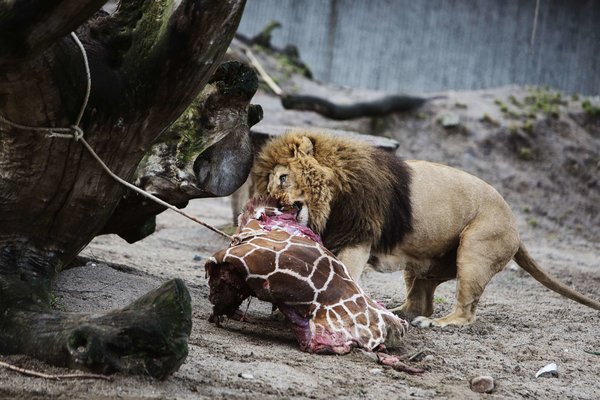 In addition to the lions, the giraffe’s remains will be given to the zoo’s other big cats.Credit Kasper Palsnov/Scanpix, via Agence France-Presse — Getty Images

How Many Healthy Animals Do Zoos Put Down? In the wake of the death of Marius, a healthy 18-month-old giraffe who was killed by Copenhagen Zoo on February 9, 2014, the sinister side of zoos is finally starting to come to light.

When the world heard about the fate of Marius, hoards of other zoos and organizations stepped forward offering him refuge in efforts to secure his life, but despite being accompanied by an online petition that had garnered some 30,000 signatures, these merciful pleas went unheard and official representatives of Copenhagen Zoo said they were unable to find another suitable living situation and that they were only following the recommendations of the…