ACCORDING TO AMERICANS, GAYS ARE EVERYWHERE

Quick! Pop quiz! How many people in the U.S. identify as gay or lesbian?

“If you’re anything like the average American, you’re probably way overestimating that number — according to a 2011 Gallup poll, most U.S. adults think that a whopping 25 percent of Americans are gay or lesbian. This, despite the fact that only around 3.5 percent of the U.S. is estimated to identify as gay or lesbian. That, ladies and gentlemen, is a pretty honkin’ big difference.

I have to admit, though, I’m definitely in Camp Two-bit. It might be a virtue of my upbringing or environment, but I tend to default to wearing Gay Goggles whenever I find myself in a group of strangers. Honestly, one in four doesn’t seem that out of the ordinary. I mean, I can’t count how many of my own friends have splashed around in Lesbian Creek over the years. It’s only natural that I tend to just mentally default to “Pansexual until proven otherwise.” 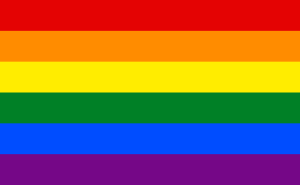 ~Gays, Lesbians and Bisexuals are Everywhere~

They’ll always will be. They are born every minute. They have contributed and will continue to contribute a lot to our planet and growth as human beings. Run with them or get trampled!!

Montage of pictures and videos.