Magma is the hot liquid rock under the surface of the Earth, it is known as lava after it comes out of a volcano.
Natural gas doesn’t have an odor, strong smells are added to it by humans so it can be detected when there are leaks.
Hawaii is moving towards Japan at the speed of 10cm a year. This is because they are on different tectonic plates.
The world’s largest desert (outside of the polar regions) is the Sahara, it covers about one third of Africa!
Stretching out to an impressive length of 6696 kilometres (4160 miles) long, the Nile River is the longest river on earth. 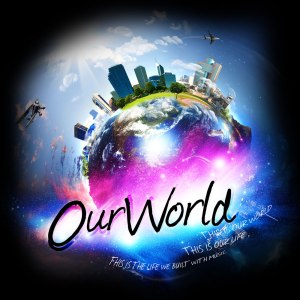 The volcanic rock known as pumice is the only rock that can float in water.
Mt Everest is the highest mountain on earth, its peak reaches 8,848 metres (29029 feet) above sea level.
Check out the highest mountains on each continent of the Earth.
On average the Atlantic Ocean is the saltiest of Earth’s major oceans.
Earthquakes that occur out at sea can cause huge tsunamis capable of reaching land and endangering people.
Metamorphic rocks are formed by extreme pressure and heat.
Read more about metamorphic, igneous and sedimentary rocks, find information on rocks and minerals or check out our interesting fossil facts.

The Earth isn’t perfectly round, it is slightly flattened at the north and south poles. Learn about the polar regions with our Antarctica facts and Arctic facts.
Scared of the Bermuda Triangle?
Despite its reputation it is actually part of a commonly sailed shipping route.
Scientists have the dated the Earth as being between 4 and 5 billion years old!
The Amazon rainforest is the largest tropical rainforest on Earth.
Enjoy more rainforest facts or learn about jungles.

Talc is the softest mineral found on Earth, reaching just 1 on Mohs scale of hardness, it is often used to make talcum powder.
The Great Barrier Reef in Australia is the largest living structure in the world.
The Niagara Falls are located on the border of the USA and Canada.
Rock found at the bottom of the Grand Canyon is around 2 billion years old.
Although earthquakes can be deadly, most are very small and not even felt by humans.

~~Change The Way You See The World In 82 Seconds~~

You won’t see the Universe the same way after watching this!

3 thoughts on “Change the way you see the world …. Amazing!!”