The channel broadcasts primarily from studios at Rockefeller Center in New York City.

The channel was created by Australian-American media mogul Rupert Murdoch, who hired former NBC executive Roger Ailes as its founding CEO. It launched on October 7, 1996, to 17 million cable subscribers. It grew during the late 1990s and 2000s to become the dominant cable news network in the United States. 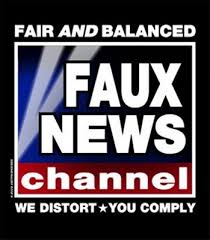 17 thoughts on “Something to think about …. Bush and Cheney!!”