Grandpa Elliott Small, born Elliot Small on July 10, 1945, also known as Uncle Remus, is a veteran street-musician in New Orleans, Louisiana. He plays the harmonica, sings, and is a street icon in New Orleans.

Today we celebrate the birthday of our hero, Grandpa Elliott, who has been an inspiration for millions of people around the globe and truly personifies how music can help make this world a better place.

Grandpa has been performing in the streets of New Orleans for over 60 years and he now tours all over the planet with the Playing For Change Band, spreading the message of a movement dedicated to connect the world through music.

Thank you Grandpa for bringing so much soul and great music to our lives. 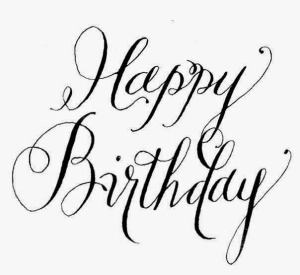 Growing up in the Lafitte Housing Projects, Small developed a love of music as a young boy, in part to deal with the pains of an unhappy home life. Small’s uncle was a professional musician who worked with Lloyd Washington of the Ink Spots, and often let his nephew come to the Dew Drop Inn to hear them play. One day when his uncle left for work without his harmonica, Small picked it up and put it to his mouth. “Oooh, it was awful,” he said, laughing. “He chewed tobacco. I had to sterilize that thing.”

The uncle gave young Elliott a harmonica, and he fell in love with the sound of the mouth harp, teaching himself by playing along with the music on his mama’s radio. At home Small’s mother favored classical music, giving the youngster diverse tastes at an early age. Teaching himself to dance from watching Fred Astaire movies on television, Small began performing on street corners for change, dancing while singing and playing his harmonica.

“They brought me to New York to tap on Broadway when I was 6 or 7, and my mama got killed up there,” he said. The man they lived with beat them both and ended up killing his mother. After it happened, his grandmother brought Small back to New Orleans and gave him and his older sister Frances a good life. “She was a sweet old lady,” he said. “My stepfather was a man who did not love his child,” he said. “But my uncle would come to the house, and play the harmonica to me.”

Small developed the persona of Grandpa Elliott, an old man dressed in blue denim overalls, a bright red shirt, Santa beard, and a floppy hat who played blues harp and sang for the street traffic on his corner at Royal and Toulouse streets in the French Quarter, right where he started out. He often teams with guitarist Michael “Stoney B” Stone and they have become an institution in New Orleans for the people who stop to listen to them and throw change in their bucket.

His act was even written up in The New York Times in 1995. He arrives here most mornings by taxi and spends his days singing his soulful songs and playing his harmonica. It’s the place where everybody knows his name.”When I feel sick, I come out here to feel better,” he said. “The French Quarter is my medicine.” Small said he doesn’t even know what beer tastes like and he’s never touched drugs and the only thing he smokes is the exhaust from the cars that pass Royal and Toulouse.

And his listeners reward him with dollar bills and treasures, like the gold wedding band he wears on his finger. “A lot of people walk around with plastic now instead of cash, so they throw what they can,” he said. “Some of the rings I get out of my bucket even have diamonds on them.”

Small did not completely lose his sight to glaucoma until 2005. It was in that year that recording engineer and producer Mark Johnson launched a project called Playing for Change, dedicated to promoting international unity through music. He began recording performances by street performers from around the world. Johnson heard Small sing the Ben E. King hit “Stand by Me” and immediately recorded him singing the tune on Royal Street, making his performance the centerpiece of a video featuring performances of the number by a handful of artists.

In 2009, after the “Stand by Me” video was posted online, it racked up over 60 million plays on YouTube (2014), and suddenly Small had an international audience. Small signed on for a tour with a band of musicians affiliated with the Playing for Change project, He has also been on The Tonight Show and The Colbert Report. He performed to a crowd of more than 40,000 at Dodger Stadium, Los Angeles, California, on June 30, 2009, playing the “Star Spangled Banner” on harmonica and singing “God Bless America.”

Later that same year, the Playing for Change Band came to New Orleans to accompany Small on his debut CD Sugar Sweet, released November 3, 2009, an eclectic collection that includes gospel, blues, soul and what Small calls “some strong love songs.” Keb Mo’ also accompanied on the album. Small is the first artist to be signed to Playing for Change Records/Concord Music Group. The whole experience taught him to trust people again. “Mark Johnson changed my life,” he said. “He made me lift my head up.” Small has been featured on Playing for Change in several episodes.

~~Song Around the World~~

From the award-winning documentary, “Playing For Change: Peace Through Music”, comes “Stand By Me”, the first of many Songs Around The World produced by Playing For Change. Featured is a cover of the Ben E. King classic by musicians around the world adding their part to the song as it travelled the globe.

Order the “War/No More Trouble,” “Stand By Me,” “Don’t Worry,” and “One Love” videos, the new Songs Around The World album, and more at http://playingforchange.com/marketplace.