I saw this composite graphic on my Facebook page. I shared it because it strongly reminds me about the way of the world today.

When we think about “us” versus “we”, the ego takes over. In regards to planet Earth, this brings terrible consequences. We have two options. Keep going down the path of destruction of our planet or chose to work together, as one, to save it.

A dear blogger, FB friend saw it and posted a YouTube video under this thread. Thank you Jan Hobbs …… it’s included below.

You can find Jan here: http://blissfullysinglevoice.wordpress.com/

Id, ego and super-ego are the three parts of the psychic apparatus defined in Sigmund Freud’s structural model of the psyche.

They are the three theoretical constructs in terms of whose activity and interaction mental life is described. According to this model of the psyche, the id is the set of uncoordinated instinctual trends; the super-ego plays the critical and moralizing role; and the ego is the organized, realistic part that mediates between the desires of the id and the super-ego. The super-ego can stop one from doing certain things that one’s id may want to do.

Ecology is the scientific study of interactions among organisms and their environment, such as the interactions organisms have with each other and with their abiotic environment. Topics of interest to ecologists include the diversity, distribution, amount (biomass), number (population) of organisms, as well as competition between them within and among ecosystems.

Ecosystems are composed of dynamically interacting parts including organisms, the communities they make up, and the non-living components of their environment. Ecosystem processes, such as primary production, pedogenesis, nutrient cycling, and various niche construction activities, regulate the flux of energy and matter through an environment.

The solution to this problem has always been and always will be in our hands.

Earth Song is a ballad that incorporates elements of blues, gospel and opera. Jackson had a long-standing history of releasing socially conscious material such as “We Are the World“, “Man in the Mirror” and “Heal the World“. However, “Earth Song” was the first that overtly dealt with the environment and animal welfare. Earth Song was made for the “Dangerous” album but it failed to make the album. The song was written and composed by Jackson; the task of production was split between Jackson, David Foster and Bill Bottrell.

“Earth Song” was accompanied by a lavish music video shot on four geographical regions. It centered on the destruction and rebirth of Earth and went on to receive a Grammy nomination in 1997. The song was a top five hit in most European countries. In the United Kingdom, it remains Jackson’s best-selling single and was the country’s 1995 Christmas number-one single. “Earth Song” was not released as a single in the United States. Jackson went on to receive recognition from various animal and environmental organizations. 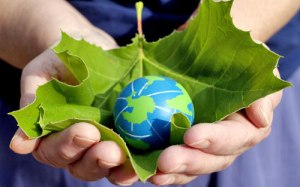 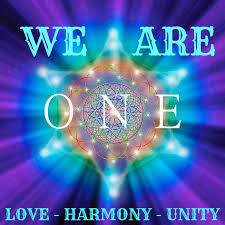