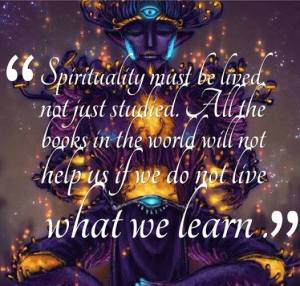 Traditionally spirituality has been defined as a process of personal transformation in accordance with religious ideals. Since the 19th century spirituality is often separated from religion, and has become more oriented on subjective experience and psychological growth. It may refer to almost any kind of meaningful activity or blissful experience, but without a single, widely-agreed definition. 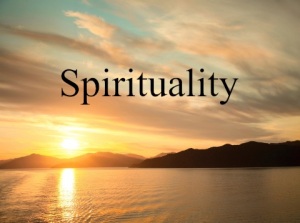 ~~Characteristics~~
Modern spirituality is centered on the “deepest values and meanings by which people live.”[93] It embraces the idea of an ultimate or an alleged immaterial reality. It envisions an inner path enabling a person to discover the essence of his/her being.

Not all modern notions of spirituality embrace transcendental ideas. Secular spirituality emphasizes humanistic ideas on moral character (qualities such as love, compassion, patience, tolerance, forgiveness, contentment, responsibility, harmony, and a concern for others). These are aspects of life and human experience which go beyond a purely materialist view of the world without necessarily accepting belief in a supernatural reality or divine being. Nevertheless, many humanists (e.g.Bertrand Russell) who value the non-material, communal and virtuous aspects of life reject this usage of the term spirituality as being overly-broad (i.e. it effectively amounts to saying “everything and anything that is good is necessarily spiritual”).

Personal well-being, both physical and psychological, is an important aspect of modern spirituality.

Contemporary authors suggest that spirituality develops inner peace and forms a foundation for happiness. Meditation and similar practices may help any practitioner cultivate his or her inner life and character. Ellison and Fan (2008) assert that spirituality causes a wide array of positive health outcomes, including “morale, happiness, and life satisfaction.”

~~Out of the Darkness, Into the Light~~

From the compilation “More Than Words: The Best of Kevin Kern” (2002). 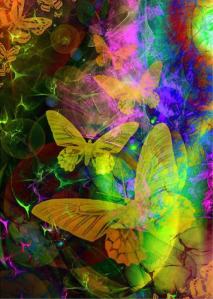 10 thoughts on “To start the day …. Don’t just study spirituality, live it!!”