Right on the nail: why don’t we learn??

tahtonka - A Journey Through Global Culture 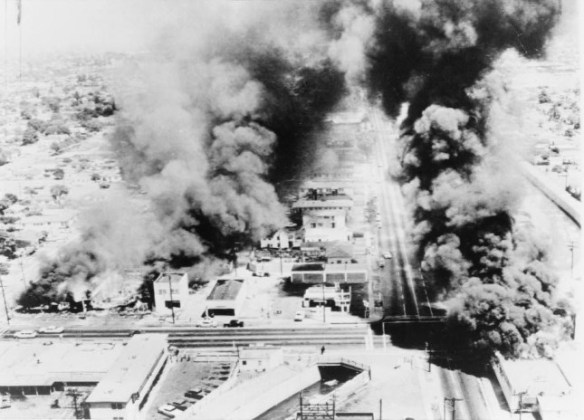 The Watts Riots in LA in 1965
Picture credit: Wikipedia

I have been watching the News for the past week with a very heavy heart,  as each day, as the events unfold in Ferguson, painful, ugly and difficult memories are brought back.

What is happening there,  is in many ways quite similar to what we in LA and the surrounding areas experienced with Rodney King, in the 1990’s.

And both of these are entirely too much like the LA Riots in Watts in the 1960’s.

Then there was the Trayvon Martin murder, here in Orlando and the Trial and the verdict that once again met with violent public reaction and out cries everywhere.

All of these tragic events, these sad places,  have touched my life, none in a good way.

That  week in  August of 1965 during the Watts Riots,  was a time of total violence and great turmoil and no one liked what was happening.

2 thoughts on “Not Working”