“Thirty-three years after they first began work on the track, Queen will finally release “There Must Be More to Life Than This” – featuring vocals by Freddie Mercury and Michael Jackson – on their upcoming compilation album Queen Forever, which hits shelves on November 11th. The song was written during the Hot Space sessions, but they never finished it and Mercury eventually released his own version on his 1985 solo debut Mr. Bad Guy.

Producer William Orbit, best known for his work on Madonna’s Ray of Light, was brought in to finish “There Must Be More to Life Than This.” “When I first played it in my studio, I opened a trove of delights provided by the greatest of musicians,” he said in a statement. “Hearing Michael Jackson’s vocals was stirring. So vivid, so cool, and poignant, it was like he was in the studio singing live.

With Freddie’s vocal solo on the mixing desk, my appreciation for his gift was taken to an even higher level.” In contrast ​to Mercury’s solo, stripped-back version, the new Orbit-produced version adds strings, guitars and a lot more bombast.”

~~There Must Be More To Life Than This~~

The audio is a fan mix between the Michael Jackson demo, and Freddie’s instrumental and album versions of this song from the Mr Bad Guy album.

The footage of Michael comes from two concerts from his Bad Tour (Japan and Wembley), and Freddie’s footage comes from both nights at Wembley in 1986 and Budapest. 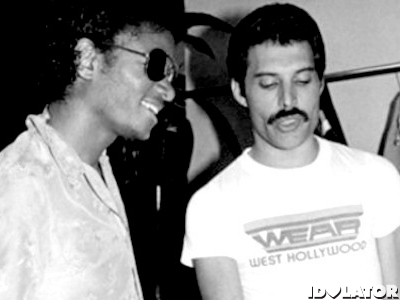 There Must Be More To Life Than This