With the character’s final leap, the leaves fall from the trees – revealing the word ‘Google’ in gnarled branches. A large red leaf then floats down and lands on the smiling character’s head.

This year, the autumn equinox falls in the northern hemisphere on 23 September – the date where day and night are of equal lengths.

The Latin term equinox, or ‘equal night’, is derived from this phenomenon.

The equinox occurs because the Earth’s axis tilts neither away nor towards the Sun.

Meanwhile in the southern hemisphere, the September equinox marks the beginning of spring. Therefore, at the South Pole residents will be celebrating the first appearance of the sun in six months, while those in the North Pole will be preparing for six months of darkness.

Early in the morning, Druids and Pagans will gather to mark the festival of Mabon – including at Stonehenge, where the sun will rise between the bolders.

Traditionally, Mabon is when livestock is slaughtered and preserved to provide enough food for the winter. 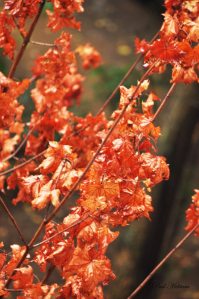 This is the Google Doodle about Autumn Equinox – First Day of Autumn 2014. It is not a global Google Doodle. But it is displayed in many countries. It is a sweet animated one.