Dare I hope? Dare I believe that they are “accepting” some …… I dare not, not yet!! 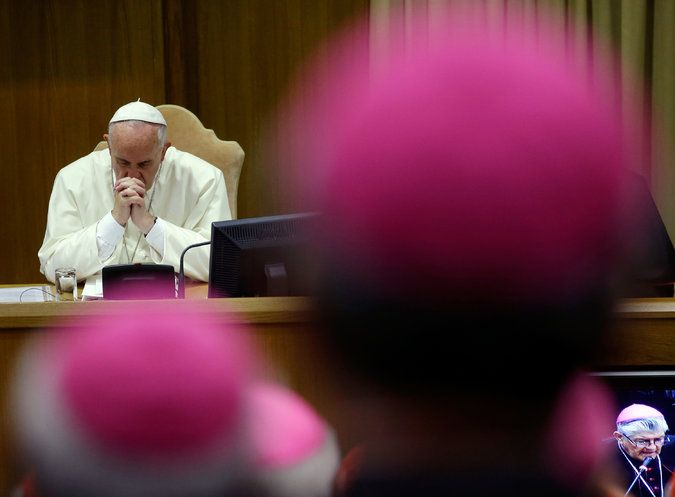 Just a note about my very pro-active stance on gay marriage:  IMHO everyone should have the right to be with the person they love.  Government interference on the basis of religious belief has no place in a true democracy. It’s a human right not a legislative decision.  Thank you Supreme Court for getting this one right…

VATICAN CITY — An important meeting of bishops at the Vatican used remarkably conciliatory language on Monday toward gay and divorced Catholics, signaling a possible easing of the church’s rigid attitudes on homosexuality and the sanctity of marriage.

The gathering of bishops from around the world called on pastors to recognize, among other things, the “positive aspects of civil unions and cohabitation.”

The meeting, or synod, was called by

1 thought on “Vatican Signals More Tolerance Toward Gays and Remarriage”