…. and “they” are pushing the “Keystone Pipeline” with all their might now!! 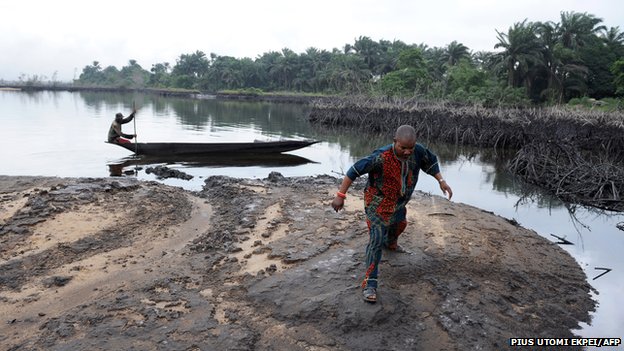 Oil firm Royal Dutch Shell was told a pipeline had reached the end of its life years before it spilled up to 500,000 barrels of oil, according to court documents seen by the BBC.

Two spills in 2008 affected about 35 sq miles (90 sq km) in southern Nigeria, according to a group suing Shell.

Shell “dismisses the suggestion that it has knowingly continued to use a pipeline that is not safe to operate,” it told the BBC.