This wave is on the way ….. equality is getting closer!!

Current Statistics thanks to Williams Institute 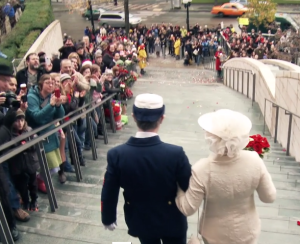 Key nationwide statistics include:
• As of today, more than three-quarters (75.8%) of same-sex couples across the country are living in the 36 states where they can marry and…