Our world has forgotten … Evil and hate reign. We have lost the way … 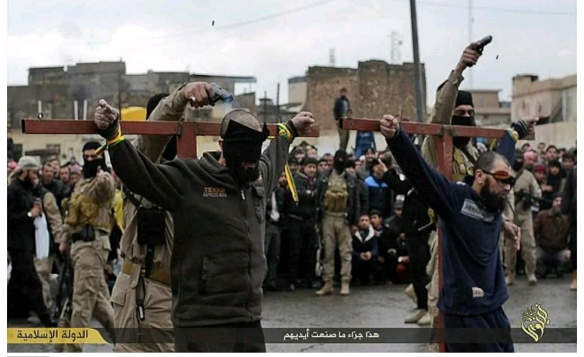 Sadly, we are still talking about the Islamic State (ISIS) today, despite all the military efforts put in by the International Coalition consisting of about 40 countries.
So, what about the Islamic State again?
This time, the radical terrorist group which I consider to be one of ‘the greatest threats to humanity’ in the 21st century has carried out sickening executions of alleged offenders and also released the shocking images. It is hard to imagine crucifixion, stoning and throwing people to their deaths from roof tops as punishment for crimes, but sadly, these are the techniques employed by the Islamic State.
The Islamic State operates the strictest form of Sharia Law in the areas where it controls, mainly in Iraq and Syria. The painful thing about these grossly unjust executions is that the alleged  offenders are accused and sentenced without any proper trial. Of course, the…