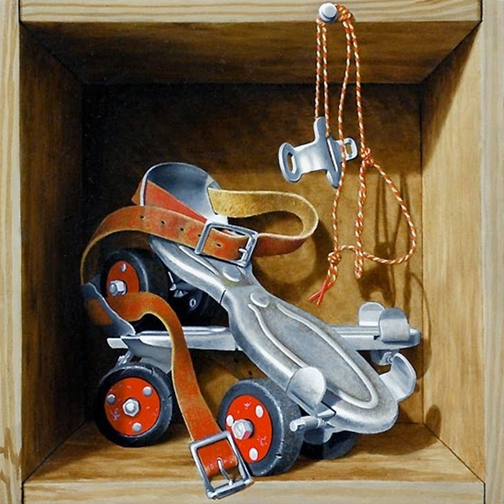 It’s the anniversary of the clamp-on roller skate (first patented in 1866 by Everett Hosmer Barney).

Everett Barney was quite a man.

His revolutionary invention, mass produced in Springfield, brought enjoyment to peoples lives in the late 1800’s, and his legacy still does to this day.

“He entered his skates in international contests, and he won them,” said Francis Gagnon, a local Springfield historian. Paris, Vienna, he was big stuff.”

“He’s known to be the man who put America on skates.”

A dear blogger friend taught me about this concept.