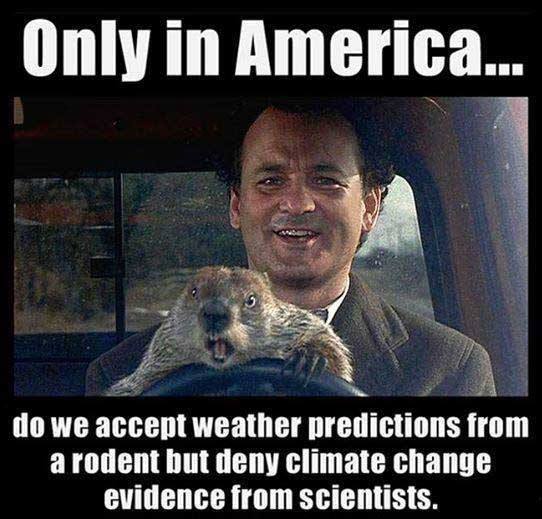 According to folklore, if it is cloudy when a groundhog emerges from its burrow on this day, then spring will come early; if it is sunny, the groundhog will supposedly see its shadow and retreat back into its burrow, and the winter weather will persist for six more weeks.

Thanks to Believing in imaginary friends and fairy tales is outside of my age bracket for sharing. 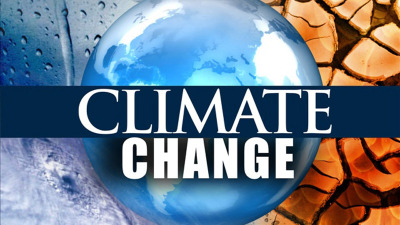 Climate change is a change in the statistical distribution of weather patterns when that change lasts for an extended period of time (i.e., decades to millions of years). Climate change may refer to a change in average weather conditions, or in the time variation of weather around longer-term average conditions (i.e., more or fewer extreme weather events). Climate change is caused by factors such as biotic processes, variations in solar radiation received by Earth, plate tectonics, and volcanic eruptions. Certain human activities have also been identified as significant causes of recent climate change, often referred to as “global warming“.

Scientists actively work to understand past and future climate by using observations and theoretical models. A climate record — extending deep into the Earth’s past — has been assembled, and continues to be built up, based on geological evidence from borehole temperature profiles, cores removed from deep accumulations of ice, floral and faunal records, glacial and peri-glacial processes, stable-isotope and other analyses of sediment layers, and records of past sea levels.

More recent data are provided by the instrumental record. General circulation models, based on the physical sciences, are often used in theoretical approaches to match past climate data, make future projections, and link causes and effects in climate change.