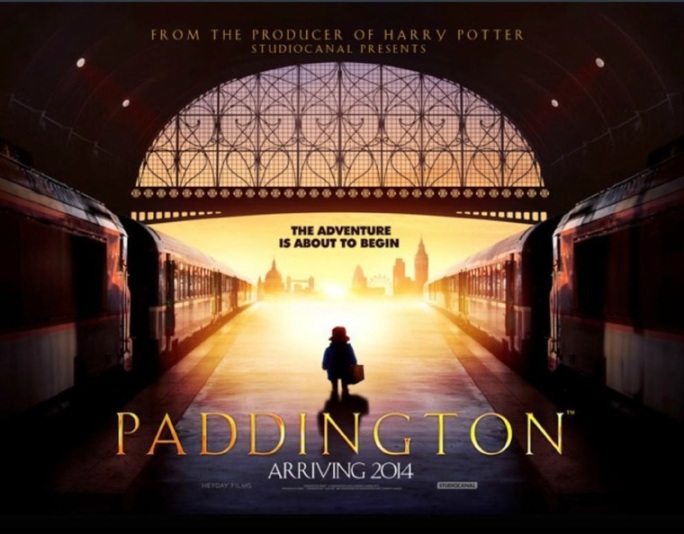 I took two of my grandkids to watch this movie today. I’d seen the previews and they seemed interesting. It was surprisingly funny and very well done. It’s a cute movie and good enough to spend an afternoon out.

I don’t know about the kids but I enjoyed it terribly.

Paddington is a 2014 British live-action/computer-animated comedy film, directed by Paul King, written by King and Hamish McColl, and produced by David Heyman. The film is based on Paddington Bear by Michael Bond, who appears in the movie as the Kindly Gentleman. The film stars Hugh Bonneville, Sally Hawkins, Julie Walters, Jim Broadbent, Peter Capaldi, and Nicole Kidman, with Ben Whishaw as the voice of Paddington. The film was released in the United Kingdom on 28 November 2014, and received positive reviews from film critics.

“Please look after this bear. Thank you.”

In the deep jungles of darkest Peru, a geographer named Montgomery Clyde locates a family of semi-intelligent bears, who he realizes can learn English and have a deep appetite for marmalade. He tells them they are always welcome should they wish to go to Britain. The bears, who are named Lucy and Pastuzo, live in harmony with their nephew. One day, an earthquake strikes their home, forcing them to seek shelter underground. Pastuzo is unable to reach the shelter after being distracted from his home being destroyed and disappears (Paddington retrieves his hat), and Lucy encourages her nephew to go and find solace in London while she moves into a retirement home for old bears.

The young bear reaches London but fails to find a home, until he is taken in briefly by the Brown family, who name him Paddington. Henry Brown is adamant that Paddington stay only one night while they find a place for him to live permanently. Paddington causes a series of accidents across the house which lead the family to further ostracise him.

Paddington believes he can find a home with the explorer who found them, Montgomery Clyde. The Browns find out that Paddington’s hat, given to him by Pastuzo, is in fact Clyde’s hat and valuable artefact, and thus they take it to an antique store to locate Clyde.

Meanwhile, a sadistic museum taxidermist Millicent captures and stuffs exotic animals to house in the Natural History Museum. When she becomes aware of Paddington, she immediately tries to hunt him down. With the help of Mr. Brown, Paddington locates archives that reveal a series of names that match “M Clyde”, and they use phone books to track the addresses of each one. While Paddington remains home alone, Millicent, scheming with the Browns’ neighbour Reginald Curry, sneaks in and tries to capture Paddington; he inadvertently repels her, but also sets part of the house on fire. The Browns disbelieve his story of Millicent’s attempt to capture him and assume that he must move into a new home as soon as possible. 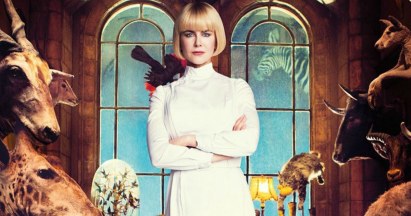 Paddington, feeling unwanted at the Browns, leaves and tries to locate Montgomery Clyde himself. When he finally locates the house, he finds out Clyde died many years ago, and that Millicent is actually his daughter – who was bitter towards her father for losing his job and membership with the museum because he had a change of heart and refused to bring a valuable Peruvian bear specimen home that would have made him the wealthiest man in the world.

She is determined to succeed where her father failed and be rich and famous herself. Millicent manages to tranquillize Paddington and prepare him for stuffing, but Mr. Curry betrays her when discovering her true intentions and informs the Brown family of the events. They immediately rush to save Paddington, who is detained in the museum. They manage to rescue him, and Paddington subdues Millicent by throwing a marmalade sandwich at her, which attracts a huge flock of pigeons.

In the end, the Browns adopt Paddington into their family and Millicent is sentenced to community service at a petting zoo.

Paddington writes to Aunt Lucy saying he is happy and has found a home at last.

PADDINGTON tells the story of the comic misadventures of a young Peruvian bear (voiced by Firth) who travels to the city in search of a home. Finding himself lost and alone, he begins to realize that city life is not all he had imagined – until he meets the kindly Brown family who read the label around his neck that says “Please look after this bear. Thank you,” and offer him a temporary haven. It looks as though his luck has changed until this rarest of bears catches the eye of a museum taxidermist.