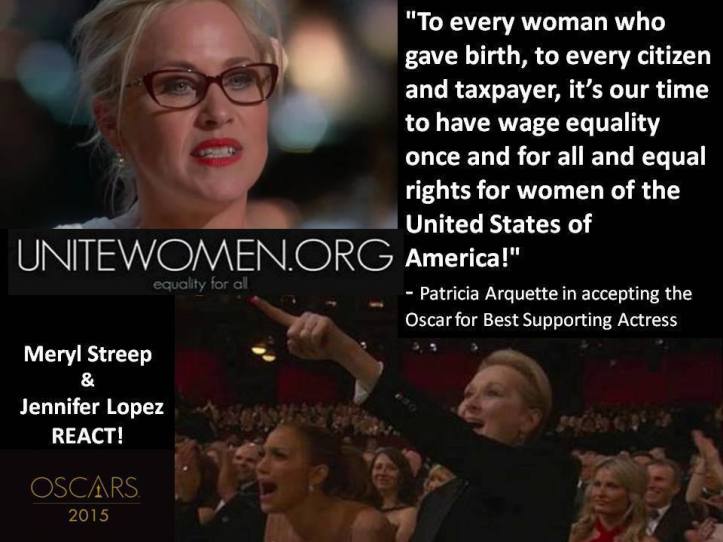 Patricia Arquette won the Oscar for best supporting actress Sunday for her role in coming-of-age drama “Boyhood” — and embraced the moment to make an impassioned plea for gender equality.

It was Arquette’s first Academy Award and she used her precious few seconds on the Oscar stage to demand equality for American women — a gesture which saw the Dolby Theatre roar in approval.

Equal means equal. The truth is the older women get, the less money they make. The highest percentage of children living in poverty are in female-headed households.

So the truth is even though we sort of feel like we have equal rights in America right under the surface there are huge issues at play that really do affect women.

It’s time for all the women in America, and all the men that love women and all the gay people and all the people of color that we’ve all fought for to fight for us now.

To every woman who gave birth, to every taxpayer and citizen of this nation, we have fought for everybody else’s equal rights. It’s our time to have wage equality once and for all and equal rights for women in the United States of America.