Solar Eclipse On The Equinox: A Powerful Catalyst for New Beginnings

On March 20th at 5:36am (ET) we will be having a total Solar Eclipse in Pisces on the same day as the Equinox. It will be visible from Greenland, Iceland, most of Europe, and parts of Asia and Northern Africa.

In astrology, solar eclipses create changes and new beginnings in our lives. It is a super-charged New Moon whose effects are more impactful and last beyond the month of its moon cycle. The effects are usually noticed or felt more in the weeks leading up to it, on the day of, and in the weeks following.  However, the themes of the eclipse are still very much prevalent for the following 6 (or more) months.

We usually have 2 of them per year but can have up to 3 in some years. Depending on your specific day and time of birth, the eclipses influence different areas of your life unique to you. They also affect us as a collective and sometimes correlate with major global events.

This Solar Eclipse is 13 Hours Before the Spring Equinox!

The spring Equinox is not only the beginning of spring, but also where the astrological tropical zodiac ends and begins, transitioning from Pisces to Aries. The exact time of the Equinox is at 6:45pm (ET), which is roughly 13 hours after the Solar Eclipse.

This is very interesting because Solar Eclipses and Equinoxes are associated with ‘new beginnings,’ yet the actual moment of the Eclipse happens at the tail end of the entire Zodiac in late Pisces. This is associated with ‘permanent endings’  and ‘crisis.’

So we can expect these themes to affect us in a powerful way not only in this upcoming month, but throughout much of 2015 as well. For some people it can also be viewed as a new beginning for certain things they have been trying to end, or just simply need to end, resulting in a permanent ending.

Metaphorically, this eclipse is like turning the water valve on a pressure washer… which will wash away whatever it needs to … over the next 6 months! 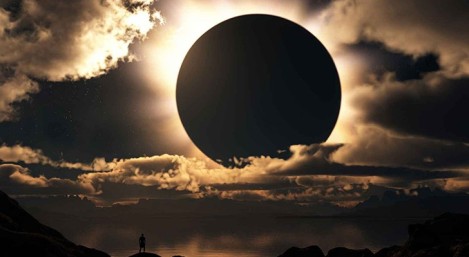 This is a time for great change, but ultimately this is an opportunity to wash away negative aspects of yourself which do not reflect who you truly are. It can be a time to escape from a self-imposed prison, which could consist of negative patterns, habits, addictions, lifestyle, etc. Saturn and Jupiter in relation to this eclipse suggest finding and connecting with your inner truth and eventually unleashing it. This theme can apply to different areas of everyone’s lives. This eclipse will affect some people more strongly than others and it can apply to different areas of everyone’s lives depending on how it influences one’s natal chart.

This rare event will only occur three more times this century – in 2034, 2053 and 2072 – and not at all in the next. Further, the moon on the night of the 19th will be a supermoon, when it is at the closest point in its orbit to the earth.

3 thoughts on “To start the day …. A very special Vernal Equinox!!”