Some thoughts ….. “The reality is that so-called pro-life movement is not about saving babies. If it were about babies, they would be making access to birth control widespread and free and creating a comprehensive social safety net so that no woman finds herself with a pregnancy she can’t afford.” 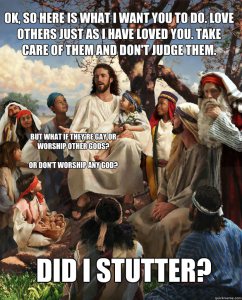 The answer would be the same with a question about abortion.

As I have mentioned in all the recent blogs, I am a self professed RINO, republican in name only who is determined to continue to vote for democrats until there is a republican candidate who will courageously stand up to tea party members who voice their hate and anger towards anyone who thinks differently.

I am now going to broach the subject of abortion. While I am anti-abortion, I am also against any and all anti abortion legislation. This is not an expedient, contradictory, convenient belief but one arrived at after a lot of thought, study and research.

I grew up at a time when abortions were illegal and so, I know for a fact that when this medical procedure was prohibited, it  did not stop abortions. All it does, is place the woman’s life at risk. If conservative, far right Christians were genuinely…