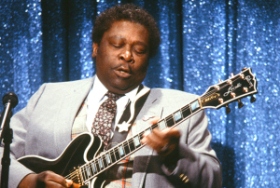 Two weeks after it was announced that B.B. King entered a home hospice care, the news comes that he has died. In April, King’s daughter confirmed that her father was hospitalized for diabetes-related dehydration. The Blues legend had battled Type II diabetes for more than 20 years. 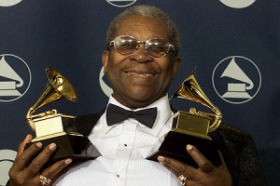 inducted into the Rock and Roll Hall of Fame in 1987, and the R&B Music Hall of Fame in 2014. He is considered one of the most influential blues musicians of all time, earning the nickname “The King of Blues”, and one of the “Three Kings of the Blues Guitar” along with Albert King and Freddie King.

King was an inspiration and influence to many guitarists, both electric blues and blues-rock…