IDAHOT was created in 2004 to draw attention to the violence and discrimination experienced by LGBTI people internationally. In under a decade, it has established itself as an important annual occasion celebrated in more than 130 countries, with 1600 events reported from 1280 organizations in 2014. 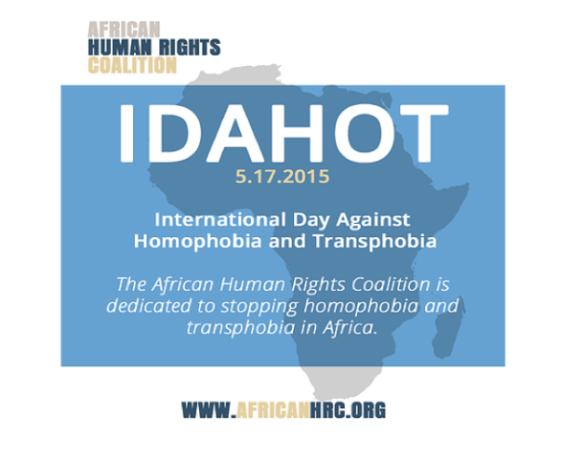 Today, May 17th is the day millions of people around the world commemorate IDAHOT, a special day, to raise awareness and commit further to impact the right to liberty, equality, justice and happiness for LGBTI people around the globe. However violence and discrimination still plagues LGBTI people around the world. African Human Rights Coalition on International Day Against Transphobia and Homophobia,  IDAHOT We ask that you read this article to see the direct messages sent from people in Africa here at African HRC. #IDAHOT @AfricanHRC @Melanienathan1: