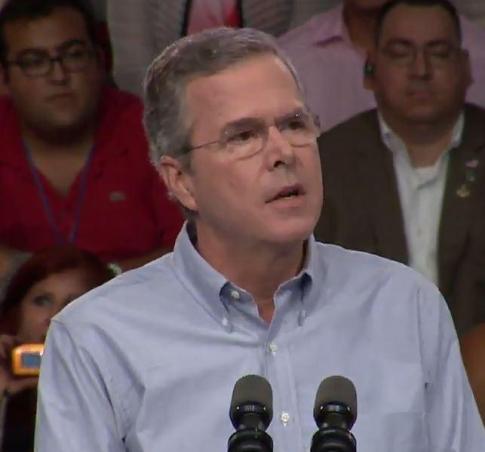 Jeb Bush launch his presidential campaign with a thud, as the former famous governor with the famous last name, took the stage and could not explain why he is running for president.

Jeb Bush began by proclaiming that his campaign begins today. Bush claimed that Democrats are planning a no suspense primary to hold to the same agenda under a new name. Bush said that the progressive agenda didn’t include progress. He accused Democrats of raising taxes on the middle-class and not growing the economy. Bush said, “The presidency should not be…