“It seems that at least some in the media are growing tired of the Trump circus. … If the media leaves Trump, his campaign will run out of steam. The Trump circus is starting to wear thin, and the networks are catching on that Donald Trump is a one trick pony.” ABOUT TIME …. (sigh of relief)!! 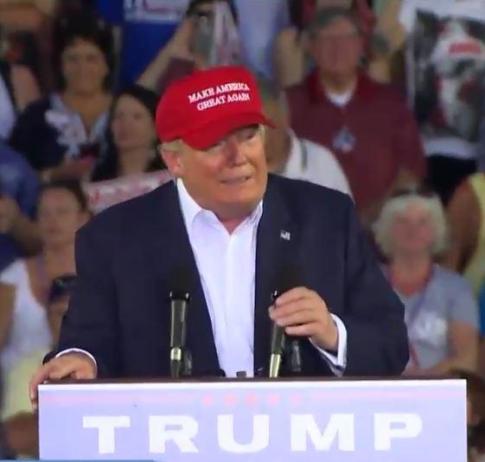 The rally itself was typical Trump. He began with the story of a 66-year-old veteran being raped and killed by an illegal immigrant. Trump claimed that this one incident confirmed that he was correct about illegal immigrants being rapists.
Trump’s “speech” touched all the racial buttons that appeal to a segment of the Republican Party, and quickly descended into the sort of egomaniacal insane rambling that has become the hallmark of the Trump campaign.

After Trump ran through his lines about suing Macy’s and Univision, two of the three cable networks had seen enough and cut away.

CNN cut away to a discussion of whether or not the term anchor baby is a slur. MSNBC flipped it back to Chris Hayes, who mocked Trump’s bragging.