“Boehner’s exit from leadership may not be cause for celebration. ….. With the lunatic fringe taking the wheel of governance, and John Boehner no longer on the GOP side of the aisle to pump the brakes, the tea party crazies are going to move full speed ahead with their plan to dismantle functioning government. Buckle up America. We’re in for a rough ride.” …… indeed. This may be even worse. Be careful what is wished for!! 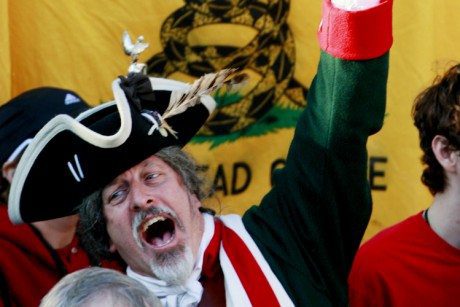 House Speaker John Boehner’s decision to resign will likely be greeted with applause by liberals and conservatives alike, as he presided over one of the most dysfunctional and least productive Congresses in the history of the country. Conservatives will cheer that the weak leader has been replaced by a stronger conservative, and liberals will celebrate the departure of one of Barack Obama’s most prominent Congressional adversaries.

Yet, for liberals, and for the American people in general, Boehner’s exit from leadership may not be cause for celebration. Boehner, for all his faults, was at least a feeble bridge between tea party nihilism and the frayed ends of sanity. His departure blows up that bridge. Without a doubt, the U.S. House was dysfunctional with Boehner at the helm. However, with Boehner out, that dysfunction is almost certain to get worse.