This is the perfect answer … this explains why this is important! Take a look ….. 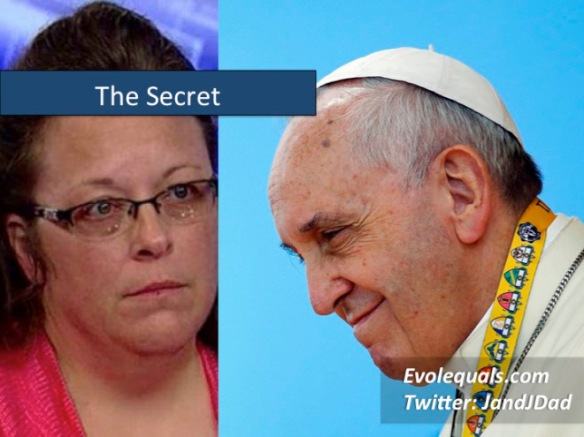 Last week, I invited the pope to join my family for dinner. It was largely a symbolic gesture, although, I had a house cleaning action plan and menu picked out should he have accepted.

It was not that I wanted him to meet my family specifically, but to actually sit face to face with a family like mine. My two sons were adopted out of foster care and situations that were life threatening and dire. Our family in the world of LGBT parents is not unique. A great number have tale after tale of kids who have gone from lives of potential abuse and neglect to homes where their parents love and honor them, and that their welfare is a priority. A Cambridge study showed, as a matter of fact, that the only family structured parenting unit that picked foster care aid as its top means of creating a…

48 thoughts on “A Gay Dad’s Note to the Pope: You Snubbed Us for Kim Davis? Really?”