Losing a family member or friend is absolutely one of the most difficult experiences to go through, especially when their life was taken away by someone else’s selfish mistake.

It’d be easy to become resentful and jaded after your father was killed in a drunk driving accident, but instead of fueling her anger, a woman named Angela, along with the help of a male driver, offered free rides to those who had been drinking so that she could try to prevent what happened to her from happening to others. 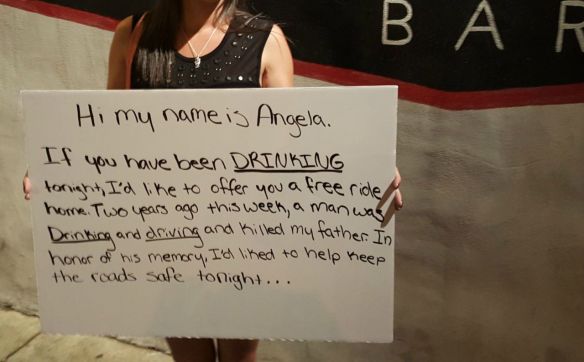 “If you have been DRINKING tonight, I’d like to offer you a free ride home. Two years ago this week, a man was drinking and driving and killed my father. In honor of his memory, I’d like to help keep the roads safe tonight.”