#Anonymous ….. don’t mess with them!! Keep up the good work! 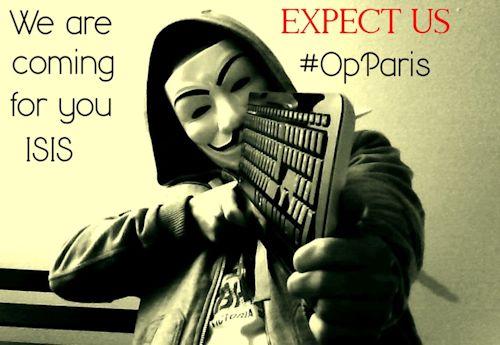 Back in January, in the wake of the attacks on Charlie Hebdo, the Anonymous collective declared war on the Islamic State with #OpParis (Operation Paris).

Recently, they sort of declared war again, releasing a video Monday in response to the latest Paris terrorist attacks.TheHackerNews.com called it a declaration of “total war.” Anonymous told the world that they were about to “launch the biggest operation ever,” and in the video, warned the Islamic State to “expect massive cyber-attacks.”

“Anonymous from all over the world will hunt you down. You should know that we will find you and we will not let you go.”

In response Monday, the Islamic State released a statement of its own, resorting to the always effective tactic of name-calling: