On Dec. 7, Republican presidential candidate Donald Trump said there should be a “total and complete shutdown of Muslims entering the United States,” Politico reported. Many people, including other candidates, public figuresand even the White House press secretary rightfully took issue with the comment. But perhaps the best response of all was just made by the world’s most renowned teen feminist crusader and Nobel laureate: Malala Yousafzai.

“The more you speak about Islam and against all Muslims, the more terrorists we create,” Yousafzai told the U.K.’s Channel 4 News on Tuesday. Politicians and the media should be “really, really careful about” what they say, she said.

“If your intention is to stop terrorism, do not try to blame the whole population of Muslims for it because it cannot stop terrorism,” she said. “It will radicalize more terrorists.” 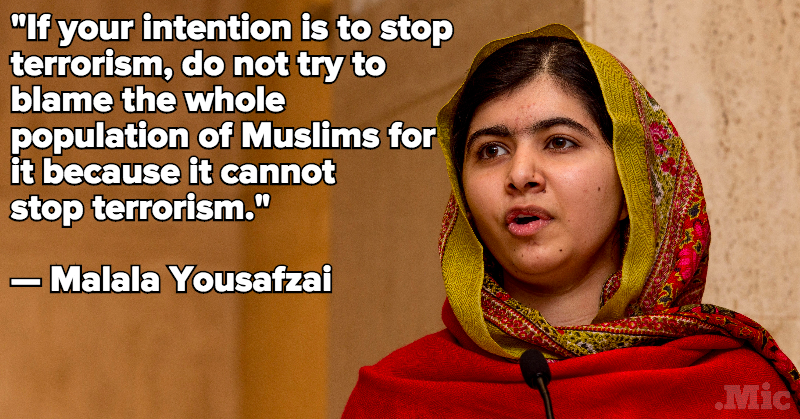