In November 2015, IWB reported on the African Geographic headline, “The End of Canned Hunting Looks Imminent.”

Last week, an auction was held on 17 February 2016 at Olivia Game Lodge, Bloemfontein, South Africa – where the “avid bow hunter” can ‘indulge’ their passion for killing (sorry, “harvesting“) wildlife. 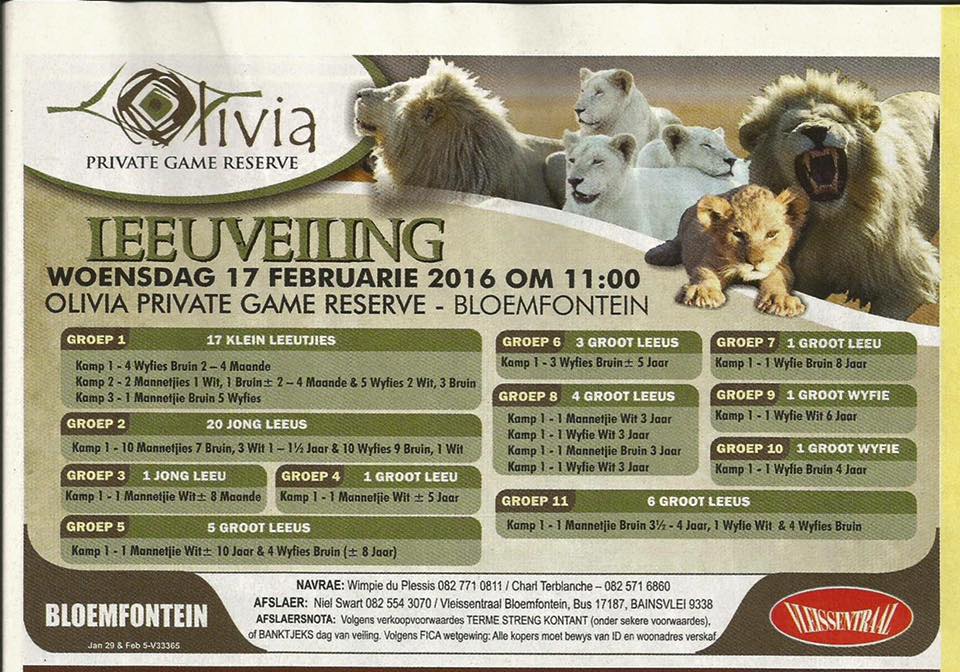 There is also an “active breeding programme” for “lion cubs, leopard cubs” and “tiger cubs.” The concerns raised here are multiple and significant (Reference “The Lion Cub Con in ‘Canned’ Farms”). We don’t believe any of the deluded statements regarding such breeding programmes being…