For seven decades, July 4 was an enormous show of force in Puerto Rico. The U.S. government used it as military and political theater…flexing its muscles for the entire world.

Three infantry battalions, a tank company, a bombardment squadron, three aerial fighter squadrons, the 504th Field Artillery Battalion, and the 18th Mechanized Cavalry Squadron all marched down Calle Fortaleza to show everyone – especially the Soviet Union – who was boss in the Caribbean.

For a history of the War Against All Puerto Ricans, read the book… 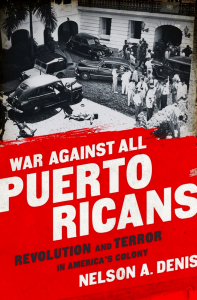