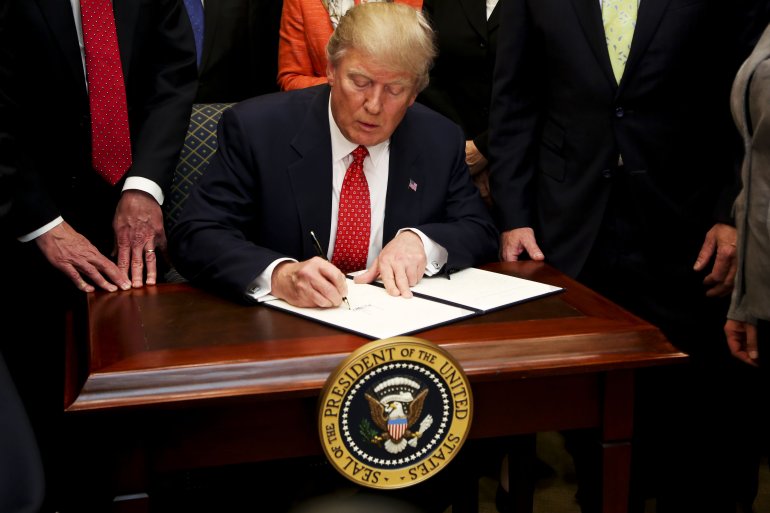 It is an unpleasant  task to keep up with our republican President Donald Trump’s implementation of his executive orders, especially when these actions do real harm to the very peoples, he promised to help.

President Trump, who championed the National Rifle Association agenda as a candidate, signed a regressive measure to strike down a sensible Obama administration rule designed to stop people with severe mental problems from buying guns which was quickly drawn up by the republicans in the US Congress.

This is an instance where republicans placed the well being of the American peoples behind the monies and the lobbying power of the National Rifle Association (NRA).

Why did the NRA push for this executive order? The answer is that it wanted to immunize gun dealers from being successfully sued if the business knowingly sells a gun to a mentally ill adult.