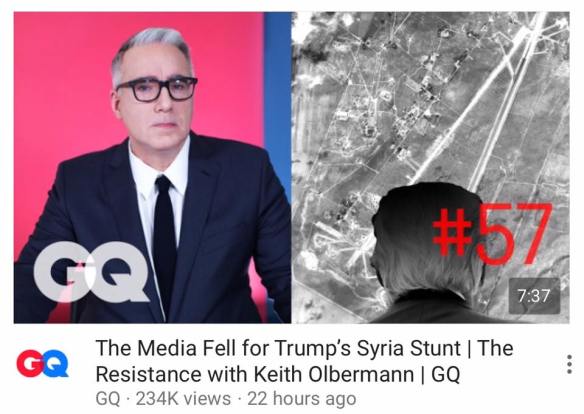 The United States launched a military strike Thursday, April 6, on a Syrian government airbase in response to a chemical weapons attack that killed dozens of civilians earlier in the week. On Drumpf’s orders, US warships launched 59 Tomahawk cruise missiles at the airbase that was home to the warplanes that carried out the chemical attacks, US officials said.

Drumpf’s decision marked a dramatic shift in his position on whether the US should take military action against the Syrian President’s regime – which Drumpf opposed during his campaign for president – and came after the President was visibly and publicly moved by the images of this week’s chemical weapons attack.

So he says … by now we all know what the reason behind this action was!

This isn’t fooling me. 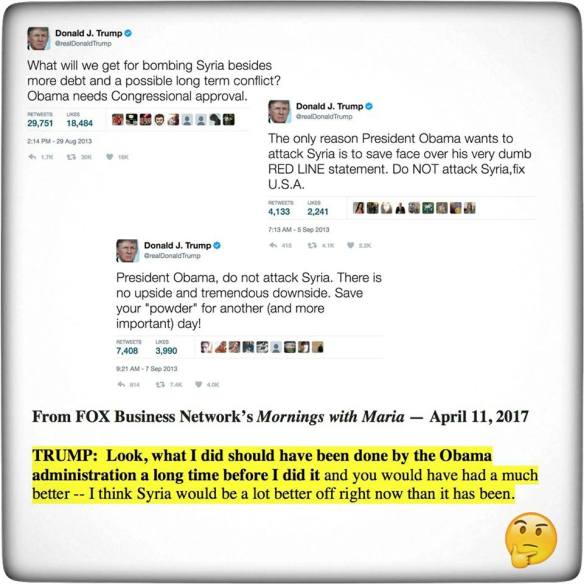 Too Informed To Vote Republican

He has posted installment #57. 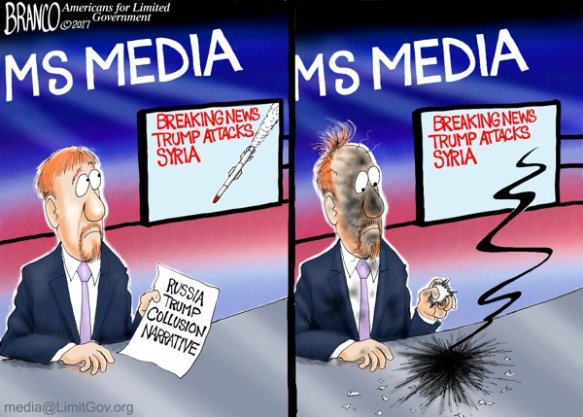