“PREPA” … and the pillaging continues!!
‘The governor of Puerto Rico, Ricky Roselló, recently announced his plan to “privatize” PREPA … in other words, to sell the island’s entire energy system to Wall Street.’
Bottom line … corruption in both local parties which are both on cahoots with the American enterprises in Wall Street!!
Squeeze, squeeze, squeeze!! 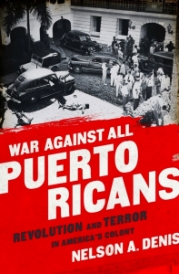 The governor of Puerto Rico, Ricky Roselló, recently announced his plan to “privatize” PREPA…in other words, to sell the island’s entire energy system to Wall Street.

The best way to assess this “privatization” plan, is to study how other plans have done. Have they benefited Puerto Rico?

These plans are often called P3s, or public private partnerships. The latest P3 was engineered by two governors from BOTH political parties: Alejandro Garcia Padilla (PPD) and Luis Fortuño (PNP).

And now Gov. Ricky Roselló will pull off the EXACT same scam, by selling off PREPA.

Fortuño and Garcia Padilla used the island’s most profitable highway, PR-22, in order to steal $1.25 BILLION DOLLARS for Goldman Sachs and Abertis Corporation.

PR-22, aka José de Diego Expressay, is 51 miles long. It runs from Santurce to Hatillo, passes through San Juan, and is the