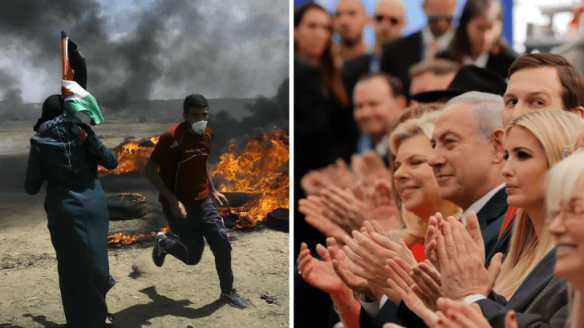 I can’t wrap my mind around this.

I can only see misery, self defense, preservation from the Palestinians and total disregard from the state of Israel. Israel has military grade weapons, has been encroaching in Palestine land, suffocating the Palestine nations in ways that I can only imagine.

In the meantime, the Drumpfs, the Netanyahus, the powerful, hawkish Jews and Zionist evangelicals take advantage of the lack of morals, values, policies and strategy of the

Opinion Columnist
May 14, 2018
On Monday, May 14, Ivanka Drumpf, Jared Kushner and other leading lights of the Trumpist right gathered in Israel to celebrate the relocation of the American Embassy to Jerusalem, a gesture widely seen as a slap in the face to Palestinians who envision East Jerusalem as their future capital.

The event was grotesque

It was a consummation of the cynical alliance between hawkish Jews and Zionist evangelicals who believe that the return of Jews to Israel will usher in the apocalypse and the return of Christ, after which Jews who don’t convert will burn forever.

This spectacle, geared toward Drumpf’s Christian American base, coincided with a massacre about 40 miles away. Since March 30, there have been mass protests at the fence separating Gaza and Israel.

Gazans, facing an escalating humanitarian crisis due in large part to an Israeli blockade, are demanding the right to return to homes in Israel that their families were forced from at Israel’s founding.

TALK ABOUT DAVID AND GOLIATH

The demonstrators have been mostly but not entirely peaceful; Gazans have thrown rocks at Israeli soldiers and tried to fly flaming kites into Israel.

The Israeli military has responded with live gunfire as well as rubber bullets and tear gas. In clashes on Monday, at least 58 Palestinians were killed and thousands wounded, according to the Gaza Health Ministry.

“As it appears in … full read/fullcredit”

~Bloodshed in Gaza after Ivanka Trump opens US embassy in Jerusalem~

Drumpf’s daughter Ivanka Drumpf has unveiled the seal of the new US embassy in the Israeli capital of Jerusalem, sparking violent clashes with Palestinians along the Gaza border 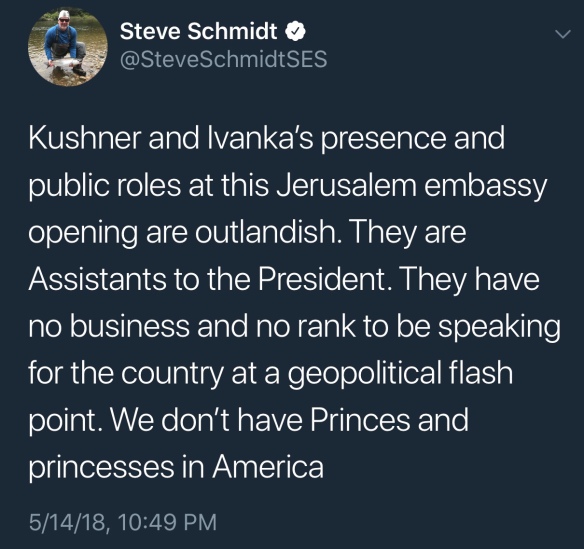 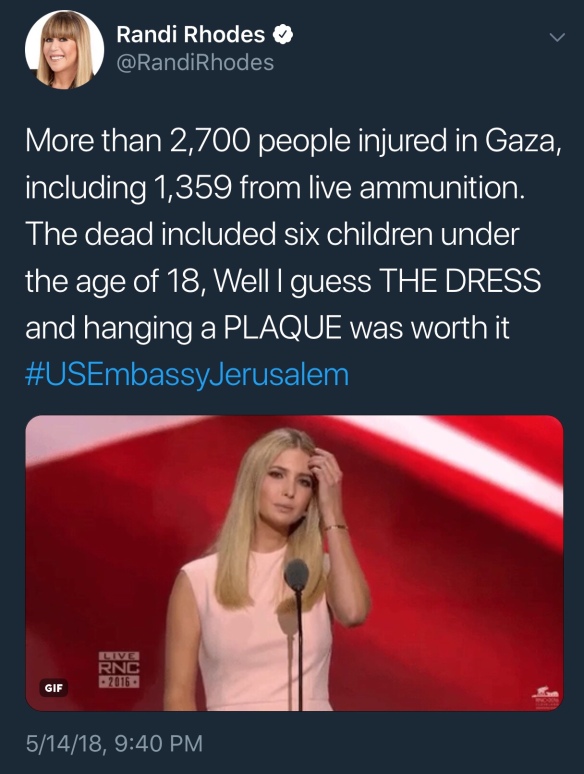 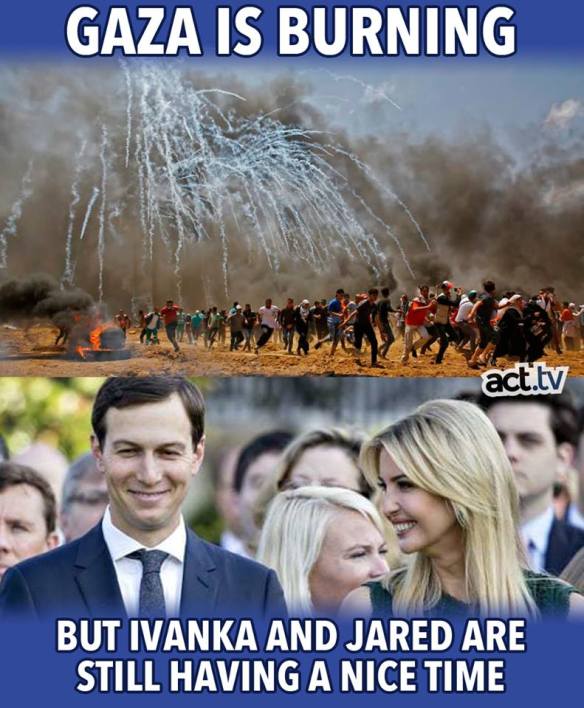 THIS SHOULD BE THE WORLD’S CRY: FREE PALESTINE