It’s a bit long but for Beatles fans it’s not long enough!

James Corden has set a very high standard with his Carpool Karaoke TV pieces. Only a million or two viewers watch him on CBS’ The Late Late Show when it’s broadcast, but YouTube and other social media sites extend Corden’s reach phenomenally.

A new one showcasing Sir Paul McCartney stands above all others.

In only a few days, it’s been viewed on YouTube more than 14 million+ times – and with very good reason. Not only does it have all the happiness and goofiness you expect Corden to deliver but this McCartney karaoke is also unexpectedly tender, touching and meaningful.

James Corden heads to Liverpool for a special day with Paul McCartney spent exploring the city of Paul’s youth, visiting his childhood home where he wrote music with John Lennon, performing songs in a local pub and of course driving around singing a few of Paul’s biggest hits.

Pre-order Paul McCartney’s new album Egypt Station and download his two new songs “Come On To Me” and “I Don’t Know” here: https://paulmccartney.lnk.to/EgyptSta&#8230; 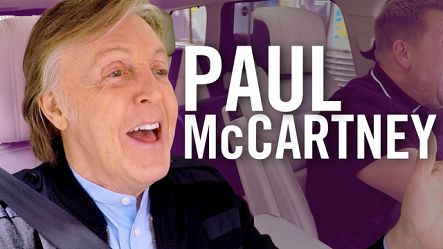