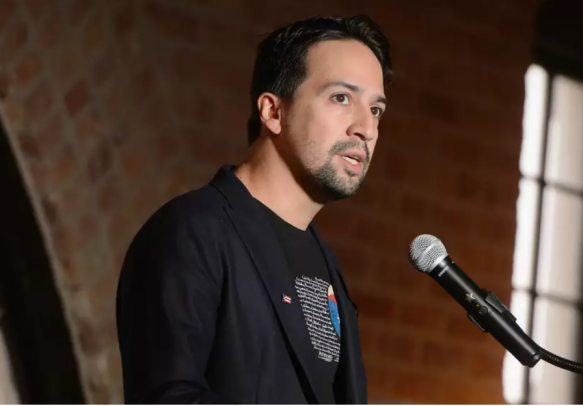 A report by Ryan Reed for Rolling Stone.

Hamilton creator Lin-Manuel Miranda detailed a newly created, multimillion-dollar fund supporting Puerto Rico’s arts community as the island continues to recover from the devastation of Hurricane Maria. After landing in the U.S. territory, the playwright-actor said Sunday that he hopes the fund will reach $15 million, adding that he will donate all proceeds from Puerto Rico performances of Hamilton in January, The Associated Press reports.

“The goal wasn’t just artistic satisfaction, but how can we leave Puerto Rico a little better than we found it,” said Miranda, who is largely of Puerto Rican descent and frequently visited the Commonwealth as a child and teenager.

Puerto Rico’s cultural and arts programs have been declining throughout an 11-year recession. Hurricane Maria, which hit in September, inflicted over $100 billion of damage.

Miranda announced the first five fund recipients, which include the theater company…